Photos of lecturer who died on Christmas day

Posted by Admin Posted on December 27, 2017 with No comments
A lecturer of Abia State Polytechnic was killed on Christmas day when a truck carrying an iron gate slashed his neck with the gate as he stood by the road.

Mr Dan Onukogu had reportedly left his car at home and taken a tricycle (keke napep) due to the fuel scarcity.

However, on gettingto his destination, just as he alighted and was about to pay the keke driver, a truck passing by, carrying a large gate came too close  to him and the sharp edge of the iron gate slashed the man's throat.


He bled to death along the Aba Owerri road. 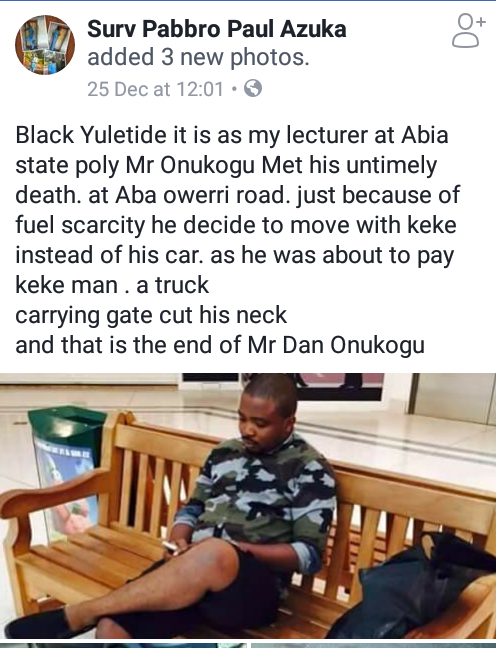 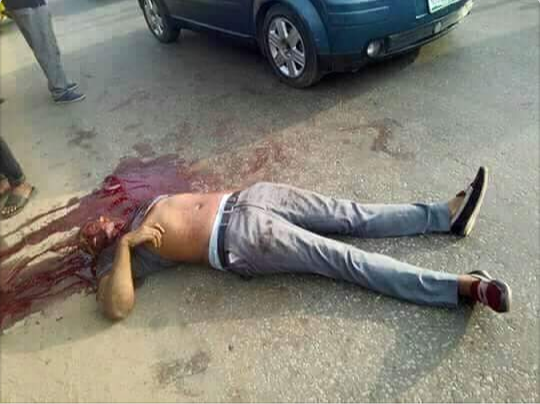 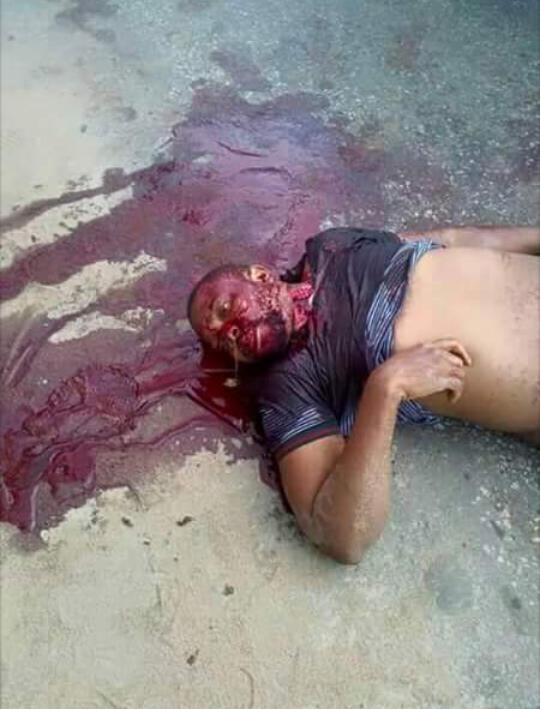