Posted by Admin Posted on December 28, 2017 with No comments

Bashir Gwandu is Yusuf’s best friend with whom he collided in a horror crash on Tuesday night.

Reliable sources told DAILY NIGERIAN that the accident occurred when Yusuf revved up the engine of his motorbike to overtake Bashir Gwandu, and suddenly lost control of the machine.

“The accident happened when Yusuf was trying to overtake Bashir. They collided and somersaulted.

“They lay unconscious there for a while before permission was sought to take them to the hospital,” said a source.

DAILY NIGERIAN also gathered that a security vehicle was trailing and giving cover to the president’s son when the accident occurred along Ahmadu Bello Way (near NEXT supermarket), Abuja.

Rumours were rife on Thursday morning that Yusuf was flown to Germany for treatment but spokesman for the president, Garba Shehu, dismissed the rumours.

Sources however told this newspaper that Yusuf would still be flown abroad for treatment as soon as his condition improves.

It is however unclear if Yusuf would be flown abroad alongside his friend, Bashir Gwandu, for further medical attention. 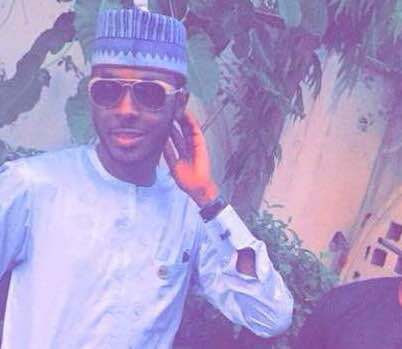