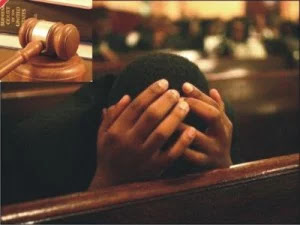 The defendant, a dry cleaner and who resides at Block 1, 401 Road, Gowon Estate, a suburb of Lagos State, is being tried for indecent assault.

The prosecutor, Sgt. Raphael Donny, told the court that the offence was committed on Jan. 4 at Block 17, Flat 4, Gowon Estate.

Donny said that the complainant’s mother, Mrs Iseoluwa Omogiate, dropped her 7- year -old daughter with her neighbour who runs a restaurant.

“The defendant, whose shop is close to the restaurant, went to eat and saw the child.

Donny said that the defendant was apprehended and handed over to the police.

He said the offence contravened Section 135 of the Criminal Law of Lagos State, 2015.

The defendant pleaded not guilty to the offence.

The Chief Magistrate, Mrs Folakemi Davies –Abegunde, granted him bail in the sum of N500,000 with two sureties in like sum.

She also ordered the defendant to deposit N50,000 with the Chief Registrar as part of the bail condition and adjourned the case until Feb. 26 for mention.