Alhaji Lai Mohammed, Minister of Information and Culture, in this interview debunked the allegation of non-performance leveled against the Muhammadu Buhari administration. He also spoke on efforts by the government to find a lasting solution to farmers, herdsmen clashes and other issues. TEMIDAYO AKINSUYI brings the excerpts:

The four- year mandate given to this government by Nigerians is gradually coming to an end. Has your party fulfilled its electoral promises to the people?

I can say with all sense of modesty that we can beat our chest that we have delivered in all those areas.

On the economy, a former CBN Deputy Governor, Prof. Kingsley Moghalu disagreed with your government’s claim that we have exited recession. What is your take on that?

I would rather work on the figure of the National Bureau of Statistics because their indices and parameters for the country show that we are out of recession. Even as recently as last week, the NBS came out that for the 11th month we have been able to hold down inflation, that inflation today is 15.37 per cent. This has been happening since January 2017. All indications show that not only have we exited recession, but that we are making a lot of gains in all the parameters either in the areas of foreign reserves or foreign investment or the area of inflation or job creation.

Boko Haram insurgents appear to have regrouped after some progress in that front, while Fulani herdsmen-farmers clashes also threaten the security of the nation. Are you not troubled?

Security is an issue that every nation at one point in time will have to contend with. I am happy you have acknowledged that we are making progress fighting insecurity in the country. The herdsmen-farmers clash was not invented by this government. It actually predates this government. If you go back to history, it dates back to independence. But I am assuring you that this government is determined to resolve the issue. This government is determined to take specific steps to find a definite end to this issue. It is about containment, it is about accommodation, and it is about understanding. There must be farmers; there must be herdsmen. They must live together. We are determined as a government that shedding of the blood of just one person is too much. It is not about the number; it is about the fact that we put a price on human’s life. I am glad that already things are being put in place, such as the committee headed by the Vice President to find long time solution to herdsmen-farmers clashes.

There is the claim that the attacks were not perpetrated by herdsmen but by foreign Fulani bandits. Are the security agencies so weak that they cannot fish out these bandits and stop them from entering this country?

Without going into the details, it is a very complex issue. You talked about bandits, what about the militias that were funded and sponsored by the late Ghadafi around the same area? As a government, we have resolved to find a lasting solution to it. Whether they are bandits or marauders or militias sponsored by the late Ghadafi, what is important for us as a government is to ensure that the shedding of blood whether of the farmers or herdsmen is brought to an end.

Why is fuel scarcity back? Are we also paying subsidy for fuel?

The fuel situation is much better than it was before now. As for subsidy, the Minister of State for Petroleum Resources has said a lot of about subsidy. I don’t think it is possible not to pay the subsidy in the circumstance.

One of the ardent supporters of this administration, Pastor Tunde Bakare recently said that this government has failed in the three areas you mentioned earlier. How do you counter that?

We are very confident. We don’t have any apologies for our success. Our success is out there. I said earlier that there were many indices with which you can measure whether a country is improving economically or not. I am glad to say that not only have we grown our foreign reserves from $23billion to $40 billion despite the fact that for the larger part of the time oil sold for $30 per barrel.

This clearly does not indicate failure on the part of the government. Again, NBS said headline inflation has fallen for 11 consecutive months. It is now at 15.37 per cent as at December 2017. The target we set for ourselves by the ERGP for inflation has been met and surpassed. You can’t talk about failure.

We were even able to eliminate ghost workers, and that has saved us over N120 billion. We have been able to save about N108 billion from the removal of maintenance fees payable to banks pre-TSA because we pay directly. We have saved N24.7billion monthly through determined implementation of TSA.

In agriculture, we have created an extra 6.2 million jobs. From 6 million jobs two and a half years jobs, today we have about 12.2 million jobs in agricultural sector alone. How can anyone claim that we have not succeeded in creating jobs? Our strategy in the area of encouraging local production of rice has worked. From 64,000 metric tonnes a year two and half a years ago, today we import less than 20,000 metric tonnes. You can imagine the kind of saving that would bring to government. In the area of infrastructure, we also have good news. Power today is at an all high of 7000 MW, and we are also able to transmit 7000 MW. In the area of distribution, we distribute over 5000 MW today and the extra 2000 MW which we cannot distribute we are trying to get willing buyers for these MW. Still, on the infrastructure, the Lagos-Kano modern gauge is on course. We are very optimistic that by 2019 Lagos-Ibadan axis of it will be commissioned while the Kano-Kaduna modern gauge will also be ready by 2019. 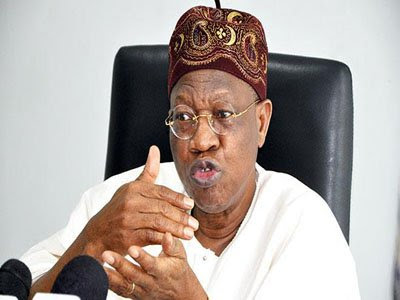