Home » extras , politics » Buhari: I Was In Coma On Receiving Jonathan’s Call After 2015 Election

Buhari: I Was In Coma On Receiving Jonathan’s Call After 2015 Election

He said he went into temporary coma on receiving Jonathan’s call in which he conceded defeat even before the Independent National Electoral Commission (INEC) officially declared the result.

Buhari made this known when some leaders of the All Progressives Congress (APC) paid him a courtesy call at the Presidential Villa in Abuja on Thursday.

He said, “The PVCs worked well in 2015. That was why when the former President rang me, I went temporarily into a coma. I will never forget the time. It was quarter after 5:00 p.m. and he said he called to congratulate me and that he has conceded defeat. He asked if I heard him and I said yes and I thanked him for his statesmanship.

“The truth is after being a deputy governor, a governor, Vice-president and President for six years, and he took that decision is great. He could have caused some problems. He had stayed long enough to cause problems.”

Buhari also recalled some interesting circumstances preceding his victory in 2015.

He said, “I am the only politician that ended up three times in the Supreme Court and still virtually refused to give up.

“There is one thing that disabused my mind in a dispassionate way about ethnicity and religion across the country. You know that tribunal for presidential election started at High Court of Appeal. The President was my classmate. I missed only four of the court sittings.

“For that first phase in 2003, we were in court for 30 months. My legal leader was Chief Ahamba (SAN), an Igbo man. He asked the panel of judges to direct INEC to produce the voters register to prove to you that the election was done underground.

“When they came to write the judgment, they completely omitted that. Another Igbo man, a Roman Catholic, in the panel of judges wrote a minority report.

“I went to the Supreme Court. Who was the Chief Justice? An Hausa Fulani, a Muslim from Zaria. After 27 months, Ahamba presented our case for two hours and 45 minutes. The Chief Justice got up and said they were going on break and when they return the following day, they will deliver the judgment. They went away for three months. That was what made it 30 months.

“And when they came back, they discussed my case within 45 minutes. In 2007, who was the Chief Justice? A Muslim from Niger State.

“The third one, who was the Chief Justice? My neighbour from Jigawa State. The same religion and the same tribe.
“Finally, the determination of our people and technology: the Permanent Voters Cards made it possible for us to be here.

“Voters’ education is important. Let people be educated that it is their right to choose leaders of their choice.

“There is something that hit me very hard and I am happy I hit it back at somebody. Seven states of the North are only represented in my cabinet by junior ministers, ministers of state. In South East, I got 198,000 votes but I have four substantive ministers and seven junior ministers from there.

“You are closer to the people than myself, now that I have been locked up here, don’t allow anybody to talk of ethnicity. It is not true.

“I felt I should invite you and eat together and to tell you that as I am sitting here, I am very much aware of the problems in this country and that I will always reflect on the historical antecedents before I arrived here.

“I keep telling people that while I was in uniform, quite reckless and young, I got all the ministers and governors, and put them in Kirikiri. I said they were guilty until they could prove their innocence. I was also detained too.

“I decided to drop the uniform and come back. Eventually, I am here. So really, I have gone through it over and over again. This is why I am not in a hurry virtually to do anything. I will sit and reflect and continue with my clear conscience.

“I thank you for honouring my invitation and I am telling you that if I don’t ring you or call you, it is not because I ever forgot how you supported me at one stage or the other over the years from 2003 till now.” 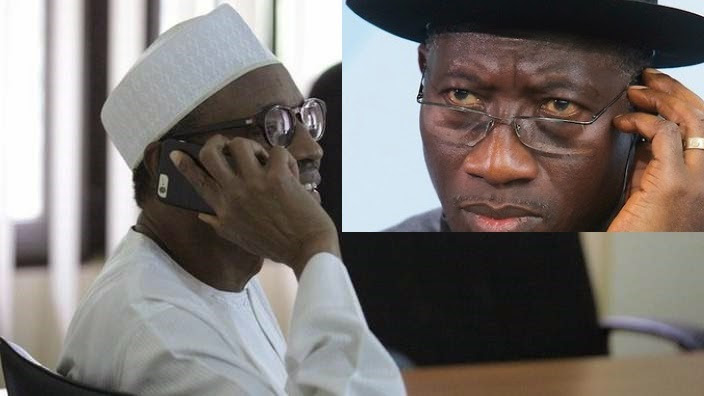