CCTV cameras – Big Brother or the guardian angel for businesses? 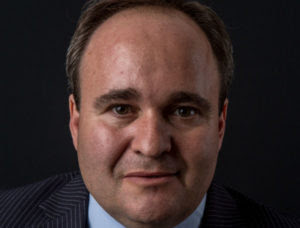 Millions of closed-circuit television (CCTV) cameras have been installed in public spaces and businesses across the globe with the clear goal of cutting down on crime and increasing public safety.

South Africa has also recently embraced this eyes-everywhere trend and while our numbers are not nearly as impressive as the three most-watched cities in the world, South Africa’s shocking crime statistics indicate that something needs to be done. What begs the question is, are these cameras an invasion of the right to privacy? Or, is the implementation of camera systems the only thing that will spare South African citizens and businesses alike from being terrorised by increasingly brazen criminals?

Given the benefits of a robust CCTV camera system for businesses, there is a strong argument that can be made in favour of the assertion that the right to privacy is outweighed by the impact of criminal activity on the right to freedom of movement. The need to enforce public safety, in other words, trumps the individual right to privacy.

Taking back our streets
The adoption of CCTV camera systems in city centres and busy public spaces is a logical response to rising levels of crime. The deployment of camera systems in public spaces allows civil society to reclaim city streets. By having ‘Big Brother’ watching, crime is effectively reduced. This is because criminals are essentially opportunistic, and being watched tends to inhibit their activity. According to reports in The Citizen newspaper, Johannesburg’s CCTV office in the CBD now has more than 24 operators and a team of nine law enforcers responsible for monitoring and responding to 411 cameras. This reduces theft of municipal infrastructure, assaults, robberies, car hijackings and other crime.

Taking back our businesses
The benefits of a robust CCTV camera system for the business cannot be overstated. It enables the business owner to manage loss control and operational efficiency. When people know they’re being monitored, it creates an environment in which it is harder to steal or commit crimes. In a sense, this Big Brother notion of being watched encourages people to stay honest, reducing incidents of theft and shrinkage. What does a robust CCTV camera system look like? It all starts with the eyes, namely cameras to monitor the environment. The feed from these cameras is brought back to an operational centre where it is recorded with the use of a Video Management System (VMS). This VMS gives business owners the ability to be proactively alerted to intruders. In addition, it provides post-event footage analysis.

Forewarned is forearmed
By adding video analytics functionality, camera systems automatically alert the operator if there is an event. For example, if an intruder crosses a perimeter, if there is an individual or vehicle loitering where they shouldn’t be, or when items are abandoned or removed. This early warning is exactly what’s needed to stop crime before it happens. It delivers the useful ability to post-analyse footage when it comes to evidence required to prosecute and convict individuals for criminal activity. The cameras used in a CCTV set-up will vary according to the business or application needs. There are solutions built around thermal cameras that are effective in keeping perimeters or restricted-access areas sterile, as they are not dependent on motion or light to operate effectively. Furthermore, thermal cameras are unaffected by adverse weather conditions. Visual cameras, especially those of the 4K (ultra-high definition) variety can provide a crystal-clear view of the area being monitored, plus sufficient detail to accurately identify an intruder as well as extract and identify vehicle licence plates.

The bigger picture
Citizens should not feel that their right to privacy is being infringed by CCTV camera systems in businesses or public spaces. Instead, they should take comfort knowing that someone is keeping an eye on their safety at-all-times. Implementing such CCTV camera systems is the foundation on which smart cities are built. These systems become the visual sensing component, from an operational perspective, enabling better and faster service delivery in a manner that is resource and cost-efficient. It also provides transparency and enforces accountability in addition to improving public safety. After all, it is this notion of being constantly watched that is an effective crime deterrent, thereby turning Big Brother into the guardian angel for businesses and citizens alike.