Home » exclusive , politics » Donald Trump's 'Past' Tweet Causes Uproar Over The Correctness Of His Grammar

Posted by Admin Posted on January 21, 2018 with No comments

The American president Donald J. Trump, posted a tweet regarding a bill that has been passed in the house of representatives, and he doubt the possibility of the bill to scale through in the senate, the senate, which he refers to as people who prefer to have illegal immigrants in the US will not support such a bill and would rather shut down his government. On this note the president calls on all Americans to vote for more Republicans come 2018 elections, during the course of his tweet the president, Donald J.Trump used the word "past" in place of "passed". He was heavily Clapped upon for making such mistake my his fellow Americans.

Government Funding Bill past last night in the House of Representatives. Now Democrats are needed if it is to pass in the Senate - but they want illegal immigration and weak borders. Shutdown coming? We need more Republican victories in 2018! 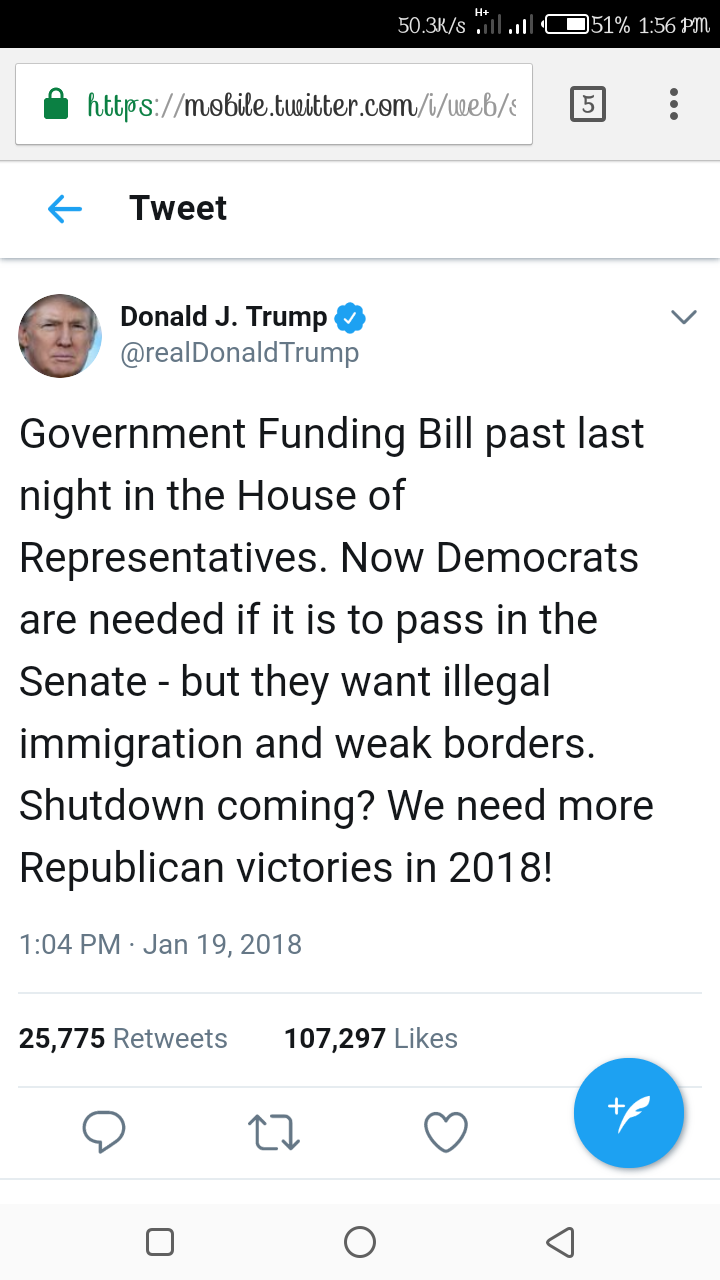 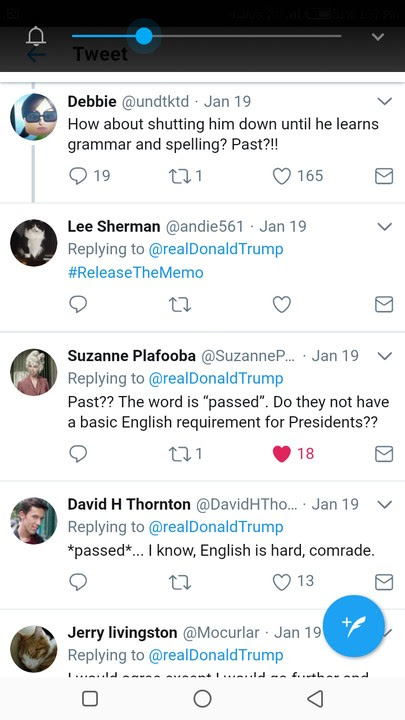 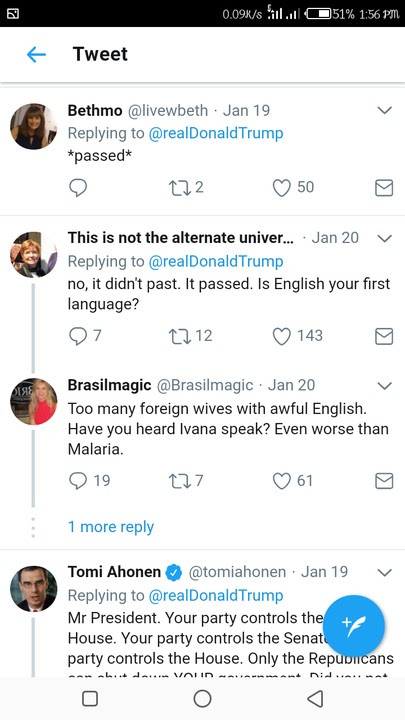