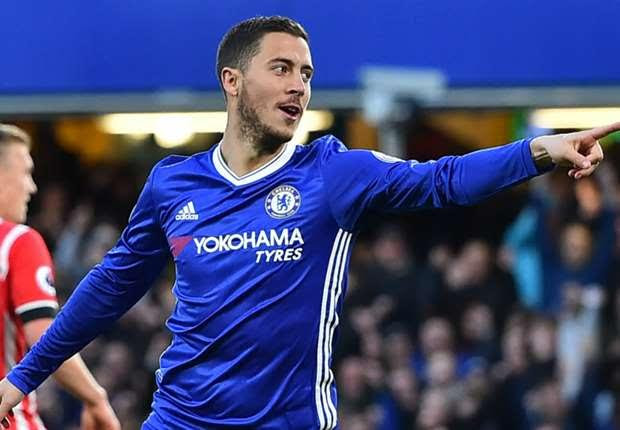 Chelsea forward, Eden Hazard has warned manager Antonio Conte against featuring a defensive lineup up in their Carabao Cup semi-final second leg against Arsenal on Wednesday.

The first leg ended in a goalless draw at Stamford Bridge earlier this month.

Chelsea head into the fixture having ended their five-game run of draws by thrashing Brighton 4-0 on Saturday.

And the Belgian, who has already fired a subtle dig over Antonio Conte’s tactics this season, insists Chelsea need to be on the attack again

He told reporters, “We will go there to win for sure because we want to win trophies at the end and the League Cup is a good trophy,’ said the Belgian.

“If we are thinking to defend against Arsenal it’s a bad thing because we need to score goals. ‘We will see the team, maybe the manager can change some players [after the win over Brighton]

“Do I think it will be more like the last league game? I hope! ‘We need to find solutions to create problems for them. ‘We will go there to create chances because if we don’t create chances we can’t score. It’s that simple.”