Full Photos : Diezani Alison-Madueke At An African Store In London

A woman who appeared to look like former Minister of Petroleum Resources, Mrs. Diezani Alison-Madueke, was spotted in an African store today in London.

According to Mr. Aremu, she came with two of her domestic staff as she was trying to hide her identity.

ALSO READ:  Different Types Of People You Encounter In A Bus On A Long Journey (Full List)

Mrs. Diezani Allison Madueke has been severely accused of financial impropriety leveled against her by the Economic and Financial Crimes Commission, EFCC.

The looting was said to have happened during the administration of former president, Goodluck Jonathan. 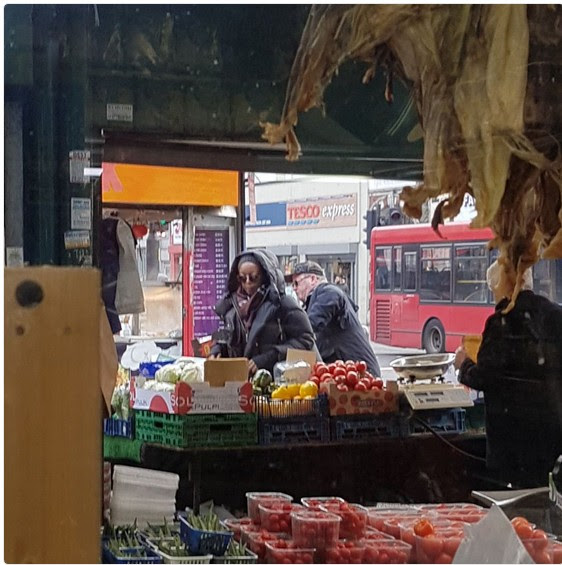 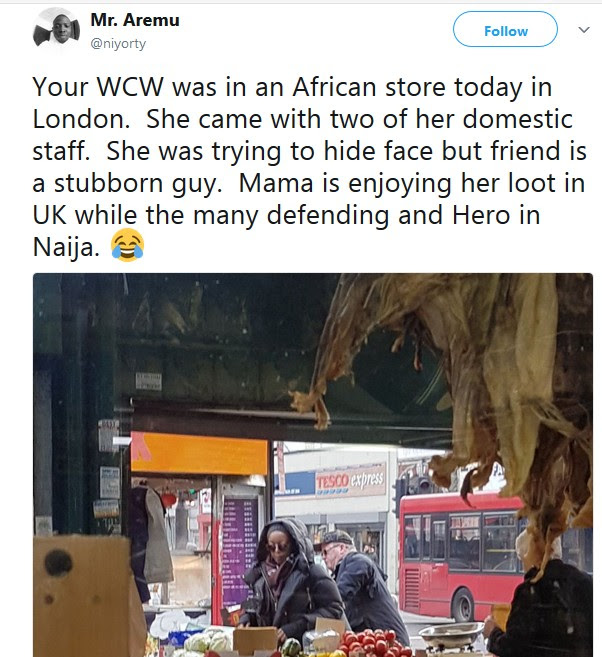 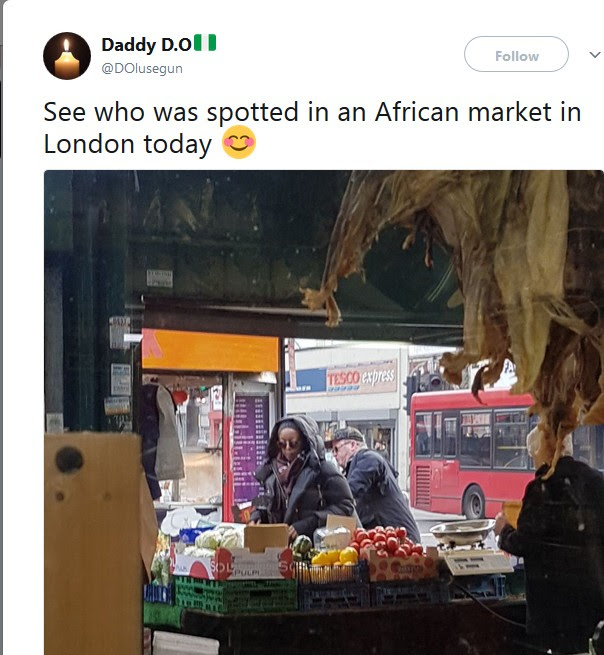