Posted by Admin Posted on January 13, 2018 with No comments

Often people think ‘healthified’ recipes that don’t taste as good, or that they’re missing something. Well, not in this recipe.

I love risotto, and used to make it all the time, but usually risotto isn’t the healthiest of dishes, laden with butter, wine and cheese, not to mention being heavy in refined carbs. This version cuts down on all this by replacing the butter with a little oil, and half of the rice with qunioa. The quinoa packs a protein punch so this is a great veggie dish, but would work in most risotto recipes.

I actually prefer this version to a traditional risotto, and it leaves you feeling satisfied without over full! 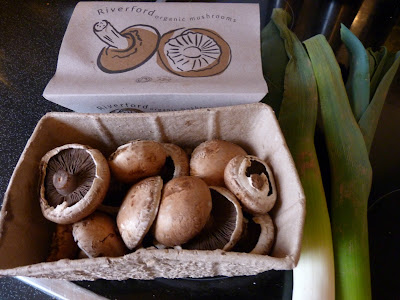 I used the mushrooms and leeks from my Riverford Organic vegetable box last week, (I had an offer for one free box). It was full of great, fresh produce, I wish I could get a box every week! 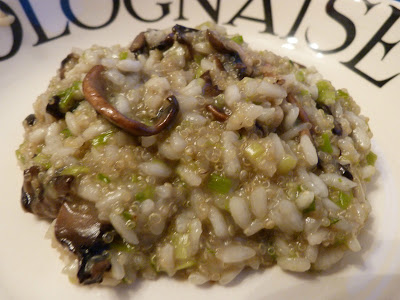 Mushroom Quinoa Risotto  (based on this Good Housekeeping version)

1 Heat 1tsp oil in a large saucepan and fry the leeks until soft, about 5min (add a little water to the pan if it begins to stick).

3 Meanwhile, heat 1tsp oil in a large frying pan over a high heat and cook the mushrooms, until soft, about 10min. Stir in the garlic for the final minute of cooking.

4 Stir the mushroom mixture into the risotto, season to taste. Stir in the parmesan, and garnish with a little truffle oil, if you like.
For extra nutrients, why not stir some spinach in until just wilted!

This makes a great packed lunch, or tastes great served with cooked chicken, or a lovingly prepared salad!!