Posted by Admin Posted on January 22, 2018 with No comments 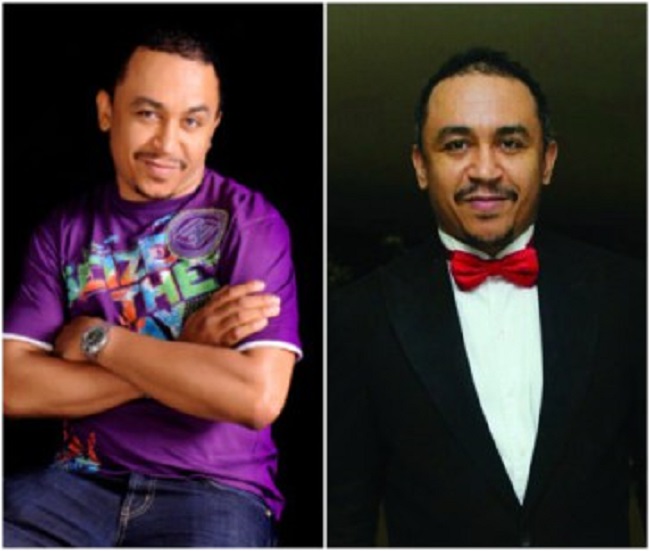 Controversial Cool FM OAP, Daddy Freeze has reacted to a tweet which says a man who has been jobless for 4 years, rejected an N500k job from British American Tobacco because according to him, smoking is a sin.

“Imagine a Nigerian Christian who has been jobless for 4 years rejecting a job offer that pays more than 500k from British American Tobacco/Nigerian breweries because smoking/drinking is a sin.” 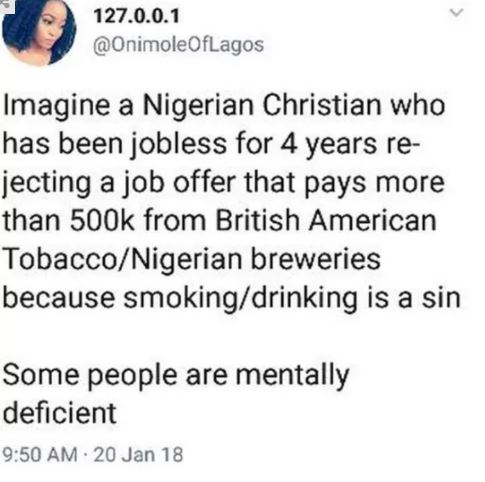 Cigarettes on the other hand, although not expressly mentioned in the Bible, can be a source of ‘moral’ concern, especially because of the high number of deaths attributed to them each year.

It is however not the job of your pastor to decide your choice of employment, let the Holy Spirit lead you! ~FRZ

New American Standard Bible
But others were mocking and saying, “They are full of sweet wine.”