A mild drama ensued at the Senate on Wednesday as Senators of the Peoples’ Democratic Party prevented their colleague representing Ebonyi South, Sonni Ogbuoji, from defecting to the All Progressives Congress, APC.

Coming under order 43, Mr. Ogbuoji announced his intention to dump the PDP citing the “crisis” within the party as his reason for defection.

Apparently aware of his intention, other PDP Senators interrupted him and soon the chamber became noisy.

The rowdiness lasted for about 10 minutes while the PDP Senators physically blocked Mr. Ogbuoji from moving away from the opposition wing.
Mr. Ogbuoji thereafter rescinded his decision to the delight of his party members.

“Mr. President, I came under order 43 with the intention that I needed to make some declarations this morning,” he said. “When I started, my colleagues from my party PDP feel that I needed to consult with them because of the love they’ve shown me, I want to step down my…”

His voice was again drowned by cheers by the PDP lawmakers.

The Senate President, Bukola Saraki, jokingly urged the Senator to signify any other time he wants to effect the defection.

“In line with our rules which says there cannot be any further debates on this, his point of order is noted. Senator Sonni Ogbuoji, I will keep the whole day free for you for anytime you want to come back on order 43 today before the close of the session,” he said. 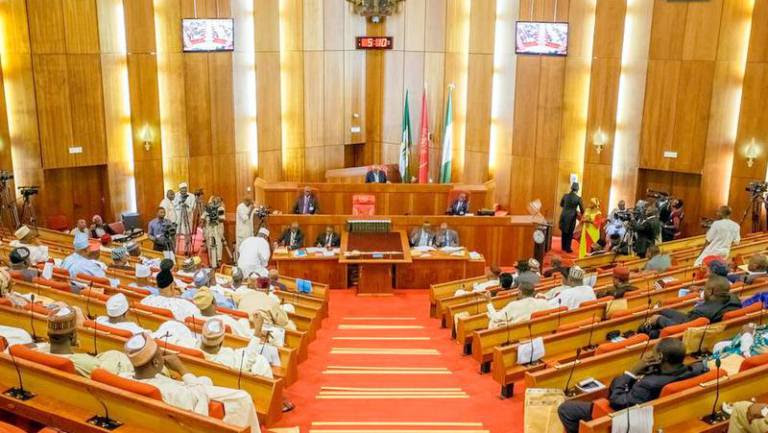