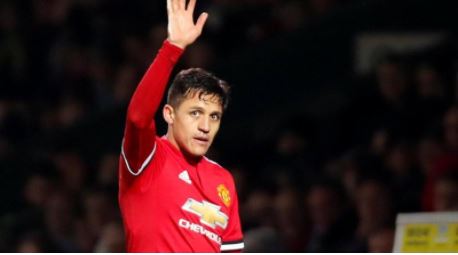 The Chile international, 29, set up two goals on his debut for his new team in a 4-0 FA Cup fourth-round win over Yeovil.

“He is a fantastic addition,” Mourinho told BBC Sport.

“His choice for the second goal is a choice that a player like Marcus Rashford is too nervous to make.”

Sanchez signed for United on Monday with Henrikh Mkhitaryan heading in the opposite direction to Arsenal.

With Zlatan Ibrahimovic acting as back-up to £75m summer signing Romelu Lukaku in the central role, Sanchez is expected to compete with the likes of 20-year-old Rashford, Anthony Martial, Jesse Lingard and Juan Mata for a role just behind.