Top 20 Nigerian CEOs And The Courses They Studied In School

Please note that this is not a compilation of the biggest firms by market capitalisation or richest CEOs. We aimed at compiling different CEOs of accomplished firms in different sectors. In summary, these are firms you must have come across their products, patronised their services or will certainly do both in the future.

He ventured into the telecoms industry in the late ‘90s, applied for a license and was issued a conditional GSM licence in 1999; which was then revoked. He later applied during a second auctioning of licenses in 2003 – which he got. The company Globacom – popularly known as Glo – expanded quickly and became a challenger to MTN. Also a major shareholder at Conoil – one of Nigeria’s biggest suppliers of fuel products. Mike Adenuga

Adesola (“Sola”) Kazeem Adeduntan, Gmd/Ceo First Bank Nigeria Limited And Subsidiaries
Degree: Doctor of Veterinary Medicine (DVM) from the University of Ibadan in 1992; MBA from Cranfield University as a British Chevening Scholar in 2004.

Prior to her return to Nigeria as CTO of MTN in 2005, Funke was the Executive Director of Verizon Communications’ Wholesale Division. She spearheaded the construction of West Africa’s largest Tier III Data Center, MDX-i’s Lekki Data Center, a $40 million investment with a capacity for 600 racks.

Prior to his appointment as the CEO in February 2011, Okafor who has been with M&B since 1985, was the Executive Director/General Manager, Foods’ Division, Ota, Ogun State. A Fellow of the Pharmaceutical Society of Nigeria, Member of the Nigerian Institute of Management. Also an alumnus of the Lagos Business School.

Oba Otudeko, Ceo And Chairman Of Honeywell Flour Mills Plc And The Honeywell Group.
Degree: B.Sc Accountancy at the Leeds College of Commerce Leeds, Yorkshire (which is now part of the Leeds Beckett University).

A banker for over two decades, from where he became the General Manager and acting CEO of then Cooperative Bank, Ibadan. Previously Chairman FBN Holdings, Airtel Nigeria and Fan Milk of Nigeria Plc. A renowned entrepreneur, possesses investments across diverse sectors of the economy. Otudeko also served on the Boards of Central Bank of Nigeria (1990 – 1997), Guinness Nigeria Plc (1999 – 2003), British American Tobacco Ltd (2001 – 2004) and Ecobank Transnational Incorporated, headquartered in Lome, Togo (2002 – 2010).

Previously GMD and CEO UBA. Founder and Chairman of Heirs Holdings Limited, an African focused investment company with interests spanning the oil and gas, financial services, hospitality, real estate and healthcare sectors. The author and leading proponent of “Africapitalism” – investing in Africa, by Africans, for Africans.

Worked briefly at Ernst & Young (now EY), San Francisco’s office. A pioneer staff of GTB. As Deputy Managing Director, he was instrumental to GTB’s IPO of N2.5 billion, July 2002. Due to co-founder Tayo Aderinokun’s diagnosis of lung cancer, Abaje was appointed as the acting Managing Director in 2011. Upon Tayo’s death in June 2011, he was named the CEO. Abaje has supported the likes of TerraKulture and Ndani TV. He was named African Banker of the Year twice (2012 and 2016). GTB has consistently been one of Nigeria’s most profitable banks during his reign.

Peter was appointed CEO of Zenith Bank June 2014 when erstwhile CEO Godwin Emefiele was appointed CBN Governor. A Fellow of the Institute of Chartered Accountants of Nigeria. He worked at PwC as a Senior Consultant in the Financial Services, Manufacturing and General Commerce Groups. He has attended Advanced Management Programs at INSEAD, Fontainebleau Campus, France and the Wharton Graduate School of Business, Pennsylvania and has taken several management courses from the Harvard Business School. A member of the Interswtich Board of Directors from 2005-2007.

Spent a dozen years at NNPC as a well site geologist, later production seismologist and reservoir engineer before co-founding Seplat. He established Platform Petroleum Limited in 2002, and held the role of managing director until 2010, when he left to take up the CEO position at Seplat. He is also a director of MPI, which is listed on NYSE Euronext Paris.

Commenced his banking career at Guaranty Trust Bank Plc. Was the Executive Director in charge of Lagos Businesses between 2011 and 2013 until his appointment as a Deputy Managing Director in April 2013. He was unanimously appointed by the Board as the Group Managing Director/Chief Executive Officer of the Bank effective from November 1, 2014 and approved by the CBN in January 2015.

He started business in 1978 trading in rice, sugar and cement, before he ventured into full-scale manufacturing. The Group, which had a market capitalisation of over $24 billion as at December 2013, has four of its 13 subsidiaries listed on the NSE. One of the subsidiaries. In addition, Dangote’s Obajana Cement Plant is reputed to be one of the single largest cement plants in the world with an estimated capacity of 13.25million metric tonnes per annum. Dangote Group recently made foray into other sectors of the economy and is currently building the largest refinery, petrochemical and fertiliser complex in Africa. The refinery will have the capacity to refine 400,000 barrels of crude oil per day, while the petrochemical plant will produce 600,000 MTPY of Polypropylene. Listed by Forbes’ magazine in January 2018 as Africa’s richest man – for the seventh consecutive year.

Worked with Group Quarto in Brazil before returning to Nigeria in 1993, and became the Director of Operations in EMSA. SA, one of Brazil’s biggest engineering firms. Co-founded Sahara Group in 1996 with two of his friends – Tope Shonubi and Ade Odunsi. Major sponsor of the thespian Monalisa Chinda’s Slum2Slum School Project – a brainchild of Slum2Slum – NGO that caters for children’s education and healthcare in the slums.

Oluwagbemiga“Gbenga” Oyebode, Co-Founder And Managing Partner Aluko And Oyebode
Degree: Bachelor of Law (LL.B) University of Ife (now Obafemi Awolowo University) in 1979;
Nigerian Law School 1980; Masters of Law (LL.M), University of Pennsylvania 1982. Previously worked with White and Case, New York as an associate and then with Gulf Oil (now Chevron) in Lagos and Houston. Together with Bankole Olumide Aluko, Aluko and Oyebode was founded in 1993. Hitherto then, he worked with Ajumogobia, Okeke, Aluko and Oyebode in 1992. Recognised in 2008 as a specialist in corporate commercial work and highly knowledgeable with the Telecoms’ industry by Chambers’ Global.

Fellow of the Chartered Institute of Stockbrokers, member of the ICAN and authorised dealer of The Nigerian Stock Exchange. A renowned investment banker, having successfully managed the growth and emergence of Vetiva into one of Nigeria’s top investment banking corporations. Also a director in Providus Bank, Nigeria

In 2002, he founded Interswitch – owner of Verve and Quickteller. Started his career with CSA (Computer Systems Associates) immediately after his NYSC. Worked with Schlumberger for less than a year as a Field Engineer before appointed as Head Group Marketing and Business Solutions of Telnet Group. A fellow of The Bishop Desmond Tutu African Leadership Institute.

Niyi Yusuf became the company’s country managing director of the Nigeria office on April 1, 2010. He was head of the Systems and Integration Growth platform in Nigeria before he succeeded Mrs. Omobola Johnson who stepped down as CMD on March 1, 2010, becoming chairman.

He joined Accenture in 1995 after 4 years of experience in the Nigerian IT industry. He spent over 14 years in Accenture, before rising to become CEO and he has been the CEO for 8 years. He has managed the implementation and delivery of many turnkey projects for clients in various industries spanning manufacturing, oil and gas, banking, insurance and public sector.

He joined Investment Banking & Trust Company (now part of StanbicIBTC Group) in 1990 and rose through the ranks, holding several senior management positions within the organization including that of Co-Head, Corporate and Investment Banking. He also held the position of Executive Director & Head, Corporate and Investment Banking. He was the pioneer Chief Executive, Stanbic IBTC Pension Managers Limited and the pioneer Chief Executive Officer, Stanbic IBTC Asset Management Limited. He has a wealth of experience in banking and financial services covering banking, stockbroking, pension, and asset management spanning over 26 years. 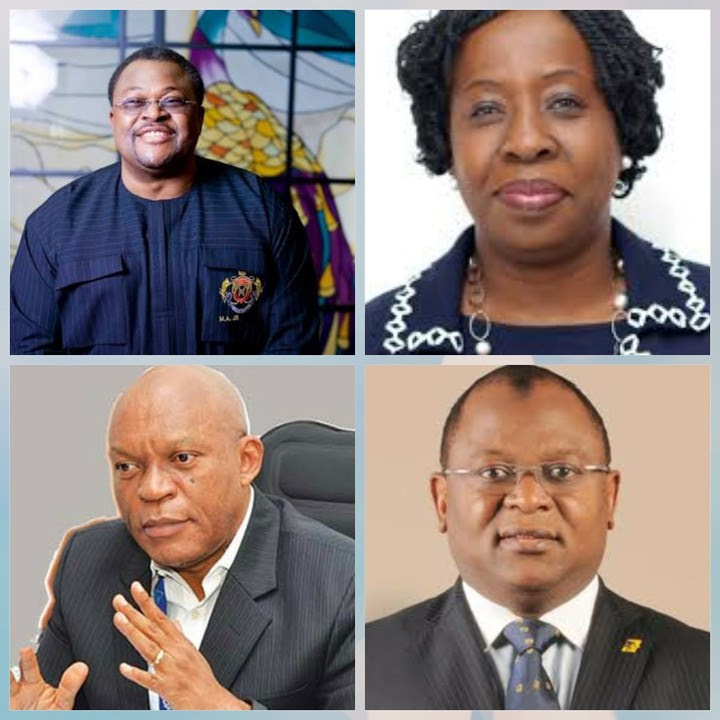