Posted by Admin Posted on February 02, 2018 with No comments

A Lagos state magistrate court has now ordered Nollywood actress, Tonto Dikeh and Linda Ikeji not to air King Tonto Reality TV Show until the case is settled in court.

It was reported that the court banned them from airing, showing, disseminating or broadcasting, either through television, blogs or the Internet the person, name, face, image, likeness or picture of King Andre Omodayo Igo Churchill in the King Tonto Reality TV Show produced by Linda Ikeji Media pending the hearing of the
originating motion in the suit. The injunction was reportedly given on the 31st of January.

Recall that the father of the boy, Olakunle Churchill, went to court to protect him from undue indecent exposure and exploitation by the
mother for personal gain and fame. Churchill approached the court to seek for an injunction which puts a stop to the respondent from featuring King Andrea in the programme in any capacity as he is regarded a minor not fit to make decision for himself.
Justice P. A Adekomaiya of Lagos Magistrate Court has ordered the issuance of the verdict to the parties involved as Linda Ikeji Media copy was pasted at the gate of her studio.

The decision of the court is a legal victory for the applicant King Andrea filed on behalf of his father to save the kid of any embarrassment in future.

In the lawsuit filed at at the family court of the Lagos State Magistrate court, over the Reality TV Show being produced by Linda Ikeji Media Limited and featuring their son King Andre, Mr. Olakunle Churchill argued that he is only protecting his son’s rights as captured under the Child Rights Law of Lagos State.

According to him, Tonto Dikeh who will be exposing the life and times of their son at a period when he cannot make a decision for himself, is only doing that for financial gain and he wouldn’t allow that to happen. 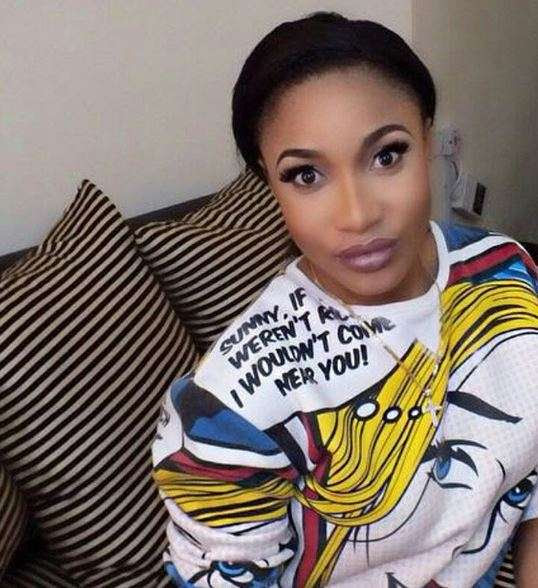 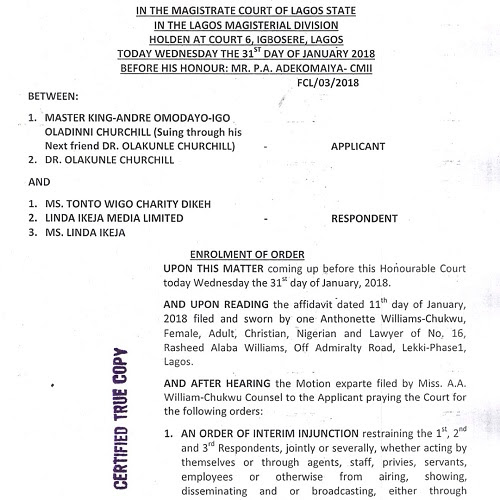