DR. PAUL ENECHIE OF DUNAMIS VISITS GRAVESIDE OF THOSE SLAIN IN BENUE

The senior Pastor of Dunamis International Gospel Centre, Dr. Paul Enenche and his wife, Dr. Mrs. Becky, Monday visited the graveside where over 73 persons gruesomely murdered on New Year day in Guma and Logo LGAs of Benue State were buried.

The Senior Pastor, who was accompanied by former military governor of Kastina and Plateau States, Gen Lawrence Onoja, Barr Adulugba, Barr Felix, Mr Tolu Jinadu and Hon Moses Enenche, also visited the Internally Displaced Persons camp in Daudu where he donated a truck load of relief materials to the IDPs.

Presenting the items to the state government on behalf of the church, Dr. Enenche warned against diversion of the material, saying they must be judiciously used to the glory of God.

Among the items he dnoted were: bags of rice, salt, garri, clothes, noodles, toiletries, dunlop and several other materials.

Receiving the materials on behalf of the state government, Prof. Dennis Ityavyar, Commissioner for Education, Science &amp; Technology, who represented the governor at the camp, thanked Dr. Enenche, his wife, Dr. Mrs. Becky and the entire Dunamis family for the kind gesture.

The minister noted that what the church brought was much more than what the Nigerian government donated.

“I must confess that the items you people brought today are more than what the even Nigerian government donated. We can’t thank you people enough for this magnanimity. The state government is not only proud of you, Dr. Paul and you wife, Dr. Mrs. Becky Enenche as citizens, we are happy for what God is using you to do in this nation and beyond,” he said amid excitement and cheers from the IDPs.

Speaking earlier during a brief service held in honour of the acclaimed ‘heroes of the open-grazing law’ at the graveside, the Dunamis Pastor described the decision by governor to give the victims a mass burial as a prophetic action.

The cleric, who was embittered over the continuous massacre of Benue natives by marauding herdsmen, averred that the mass burial of the victims signifies the end of evil in this entity called Nigeria.

Dr. Enenche, who took his text from the book of Romans 12:15 in a message entitled, ‘weep with them that weep and rejoice with them that rejoice’ gave five cogent reasons he decided to lead his team to the burial site.

According to him, “There are five reasons why we are here.

1. First, to commiserate with the state government and the families of the victims with his Excellency, the executive governor of Benue State, Samuel Ortom over the massive lost of lives in the state.

2. Second reason we are here is to stand in the gap between the dead and the living, which is the major duty of a priest. We are here to cry out our hearts to God that the blood of Jesus Christ that speaks better thing than the blood of Abel should speak for our state and prevent further deaths in the land.

3. The third reason we are here is to appeal to the justice of God and demand that the God of justice will do justice in our land and nation. We are here to tell God that the blood of those slain shall cry up to heaven so we could see the response of God. We came here to provoke the earth in Benue State and other parts of the country where innocent blood is being shed. The earth will begin to fight the killer and swallow them.

5. Fifthly, we came to remind ourselves of the end of all flesh. Bible says it is appointed unto man once to die and after this the judgment. No matter what happens, once a life is lost, it is time for sober reflection for those who are alive. How prepared will we be to make our maker?

The Dunamis senior pastor, who led the people in a torrential prayer session on behalf of the land, anointed and prayed over the land as a point of contact to the nation were innocent blood is being shed.

He vowed to continue to stand and protect his people despite the attacks on him from every corner. 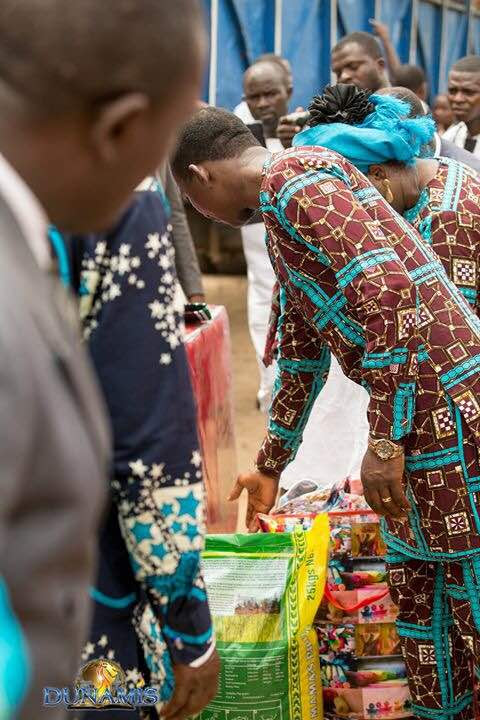 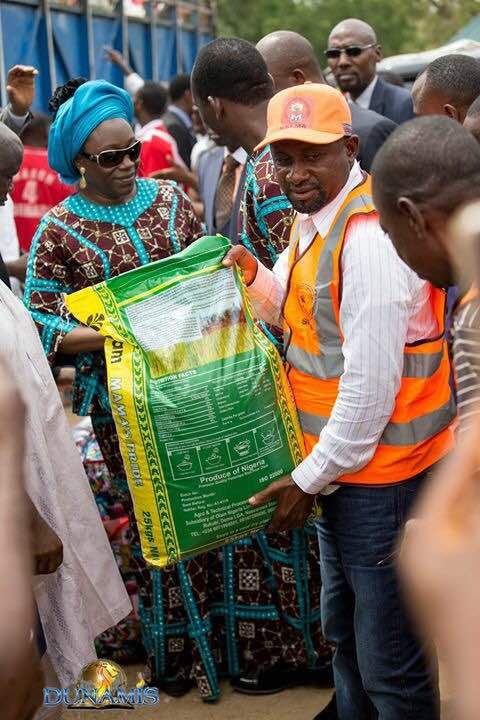