Reports have it that Imo residents have destroyed the Ellen Sirleaf Johnson road sign which was built by governor Rochas Okorocha in Owerri, the state capital - in a bid to show their displeasure with it.

The Liberian president, Ellen Johnson-Sirleaf, was honored last year November with a statue and a signpost by Imo state governor; Rochas Okorocha. Just like Jacob Zuma of South Africa and Nana Ado Akufo of Ghana, the Liberian leader was inducted in the Imo Hall of Fame, received Imo Merit Award and her statue also unveiled in her honour.

This did not go down well with many Nigerians especially imolites who heavily criticized and condemned the governor for honoring foreign leaders and "doing less" for his people in Imo state.

Now it appears some citizens have made their threats real by destroying the signpost.

The other statues are located at the Ikemba Ojukwu Square which is heavily guarded. 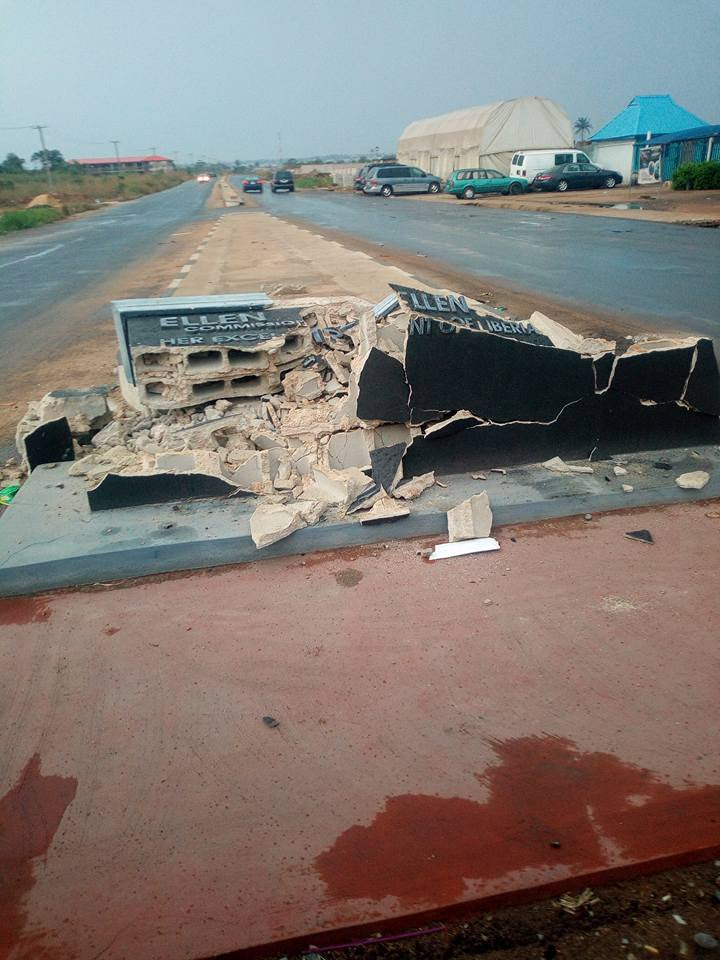 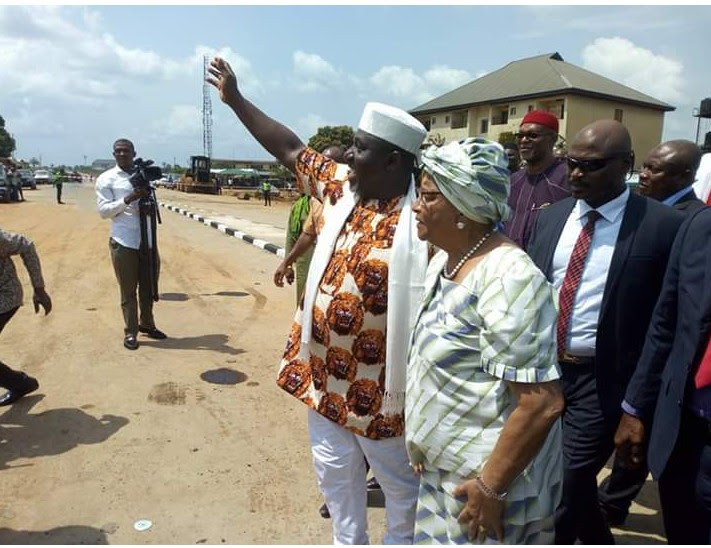 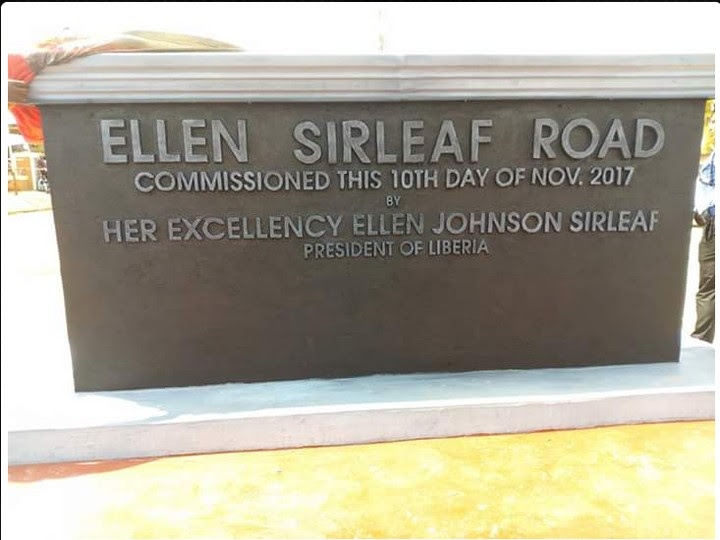