ABUJA- The lawmaker representing Kogi West Senatorial District, Senator Dino Melaye has taken a swipe at the ruling All Progressives Congress (APC) for failing to meet the expectations of Nigerians, many of whom he said, defied the odds to vote for Muhammadu Buhari as Nigeria’s President in the 2015 general elections.

Melaye who spoke after he was conferred with the Legislator of the Year 2017 at the Daily Asset Newspaper maiden annual awards and lecture in Abuja, also charged Nigerians to conquer fear by rising up to ask critical questions on governance and service delivery.

Prefacing his remarks with his usual coinage; “If you speak the truth, you die. If you lie, you die. I, Dino Melaye has decided to speak the truth and die,” the fiery Senator wowed the audience with his vitriolic against his own party, which he likened to the Public Complaint Commission, apparently due to its penchants for blaming past administrations for its inability to deliver on some of its electioneering campaign promises.

“The APC government has become Public Complaint Commission. I say this without fear or favour. We have more complains in the APC and even in the Presidency than service rendered. We cannot as a people continue like this.

“The President said two days ago we should all embrace peace but I want to say without fear or favour that there can be no peace without justice. There is hunger in the land, there is poverty in the land, and there is unemployment in the land. A lot of decision has not been taken; yet we say we want peace. The primary objective of government is the security and welfare of the people. There is no security, there is no welfare,” he said.

According to the federal lawmaker, “Nigeria is not only sick presently but equally suffers from regretful congenital abnormality. There is therefore a serious need for amelioration, palliation and correction. The question is: are you going to be part of that correction? I want to say that in an unjust society, silence is a crime, and every one of us here today, is the reason why (sic) Nigeria is sick.

“It is not about the leadership, it is the inability of the followership to check the leadership. Today Nigerians have become indolent, we are suffering and smiling. We are not reactionary. We are not asking questions and that is why we are where we are.

While decrying the squalid social conditions in which the people live in, Melaye warned those in positions of authority not to forget that their failure to make the most of their offices in the interest of the people could turn out to hurt them, arguing that not even the rich would be immune from the disaster that looms in the horizon.

“2019 is around the corner again. Many of us are lackadaisical about the future. I delivered a lecture recently at the University of Lagos and some students from very wealthy homes, two of them said they didn’t care who the president of the country is and that it was none of their business because their parents were very successful. I said to them that when the poor have nothing to eat, they will start eating the rich.

“A time will come when it will be difficult to drive your expensive jeeps and cars on the streets. A time will come when it would be difficult to switch on your generator because everywhere around you is dark. Will you be the only one having light? There was no kidnapping before, and kidnapping is seen as the redistribution of both ill-gotten and legitimate wealth. People now take from the rich and they now appropriate to themselves,” he noted even as he urged the masses to be wary of the elites whom he accused of polarizing the rest of the populace.

“The elites have divided us using tribal sentiments. When you go to the hospital, there is a column for religion on your call card, a column for tribe and local government as if this will in any way facilitate your recovery. We have become too ethnic conscious. I sponsored a bill that is about to go for a second reading. The bill is saying that we should abolish state of origin and in its place; we should have state of residence. This is when we will have a true Nigeria when you will not need a Senator’s note to get job with the Central Bank of Nigeria, CBN or the Nigerian National Petroleum Corporation, NNPC,” he added.

On his part, former Kaduna State governor and Chairman of the defunct National Caretaker Committee of the Peoples Democratic Party (PDP), Senator Ahmed Makarfi who bagged the Man of the Year 2017 award said the APC cannot provide the expected good leadership because the party is made up of strange political bedfellows.

While dedicating the prize to the entire PDP family, Makarfi promised Nigerians that the party will restore their hope and deliver on quality governance if given the opportunity again. In a private chat with Vanguard, an elated Makarfi said the award would spur him to do more for Nigeria and her people.

“The award will surely encourage me to do much more. As the chairman of the occasion, Babangida Aliyu mentioned, APC is conglomeration of incompatible political interest groups which Senator Melaye re-echoed. Therefore, they cannot provide good leadership,” he said.

APC, not a political party-Aliyu

Co-chairman of the occasion and former governor of Niger State, Babangida Aliyu also slammed the APC, saying it was never prepared for governance. “Why is APC not doing very well? It is because it has not become a political party. It won election before becoming a political party. It is a combination of Action Congress of Nigeria (ACN), All Nigeria Peoples Party (ANPP), Congress for Progressive Change (CPC) and one-quarter of PDP,” said Aliyu who also lamented the lack of unity among leaders in the northern part of the country.

“Why is it that there is the problem of insecurity more in the North? Why is that we cannot speak with one voice?” he asked noting that while the government of President Buhari claimed to have defeated Boko Haram, herdsmen/farmers ‘clashes birthed leading to the death of many across the country. 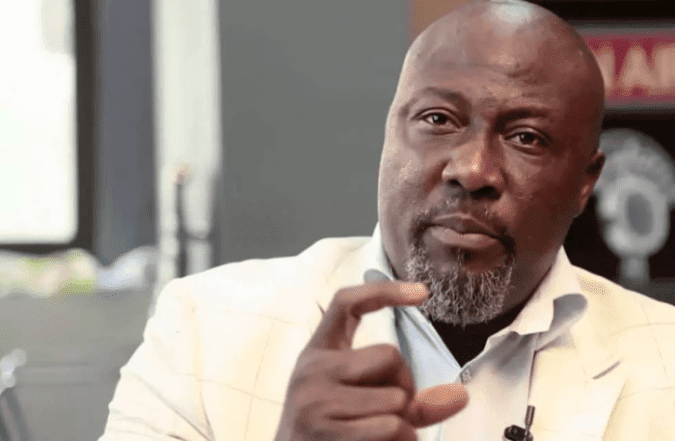