Posted by Admin Posted on February 19, 2018 with No comments

A Nigerian man has narrated how a Jehovah's Witness refused blood transfusion for his pregnant wife and watched her die in the hospital.

According to Ajayi Afolabi, he gave the man a slap for the act. Read the story below...

"So, I was at a General Hospital in Lagos while an heavily pregnant woman was rushed in on child labour. She was immediately taken to the theater and after some mins, one ofthe lead doctors came out to request for the husband ofthe pregnant lady.
DOC: Your wife is short of blood. She needs an immediate blood transfusion.

Husband: Same thing they said from the hospital she has been in the last 3 days of labour. We are Jehovah witness, we don't accept unknown blood.

DOC: This is highly important to save your wife's life and the unborn baby.

Husband: We have worked for the lord with all our strength, he can't fail us, she can't die.

DOC: I may need to proceed forcefully if you don't accept.
Husband: Then be ready to face the law in court.

So the doctor went back to the theater, asked the woman if she has another relative close by who can sign to receive blood while she was wheeled out of the theater. The woman cried with her pale eyes and begged the husband to allow the doctors transfuse but he refused bluntly. I was so angry and I walked up to him. Tried convincing but he was so adamant and stubborn.

Some mins later, the doctors asked him to take his wife to LUTH, for better health care facilities that could condole non blood transfusion. He was requested to get an ambulance for transportation. To my surprise, this nigga got a Volvo stretcher ambulance meant for dead people. Gosh, so angry at this point.
Called a couple of people around and I aided a quick release of a proper life saving ambulance. While wheeling this woman to the ambulance after wasting about 4hours, she gave up in tears and was later confirmed that the unborn baby also died.

Wow! What a wicked world in the name of a borrowed religion. Then the husband bursted into tears. I didn't do much, I moved close, looked straight into his eyes, slapped and gave him a couple kicks which later threw the whole general hospital into chaos.

I later reminisced over it the following day and asked myself this questions; why would I allow my loved one die in the name of a religion? Should the religion save lives or kill?" 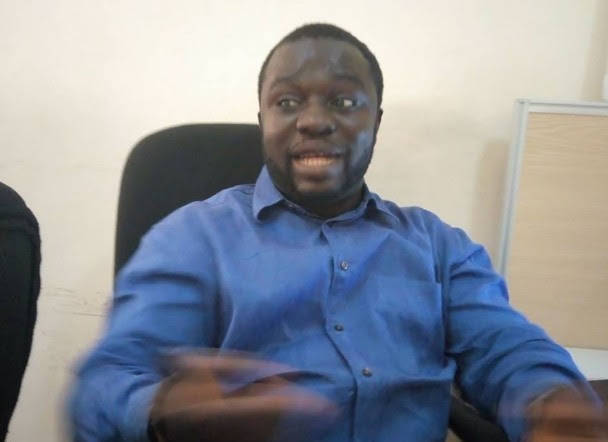 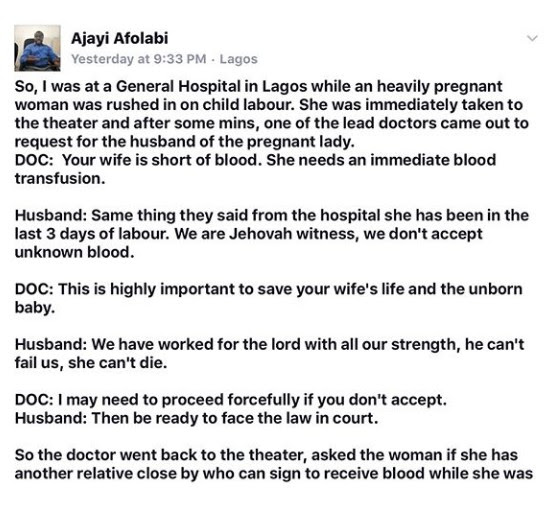