Posted by Admin Posted on February 08, 2018 with No comments

This is Dating gone wrong, lol.. Anyway its not a joke something, A Guy has cried out following a public announcement made by a lady he had sexual encounter with..

Now according to the guy the both of them works in same office and had been chatting for a while, so she visited him during the weekend, they smooched and when the time came for the main thing she allowed him pull through, till after she had orgasm she started pushing him to stop.

As a guyman that he is, he refused to stop and made sure he had his own fair share of the cookie..

The lady got angry left his home, and is now announcing his name at work that he raped her..
see his post below! 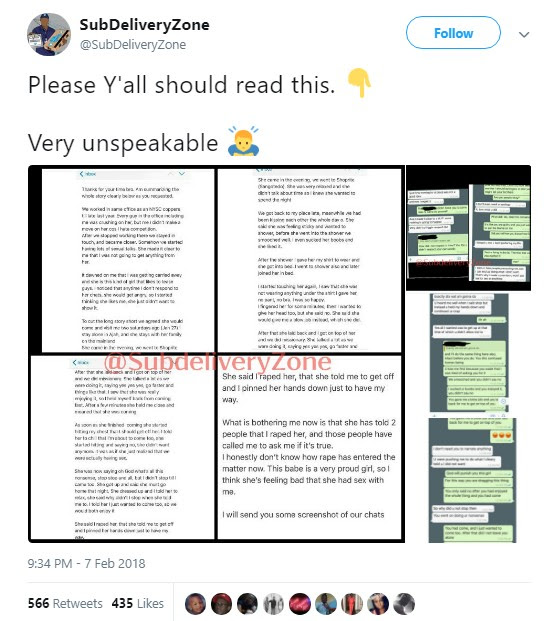 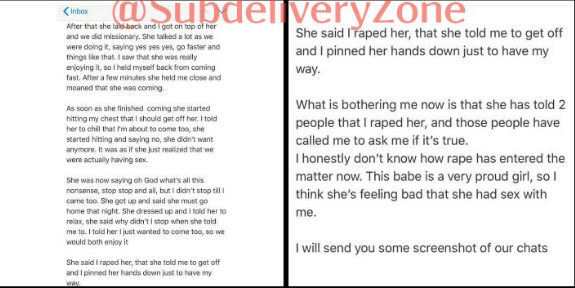 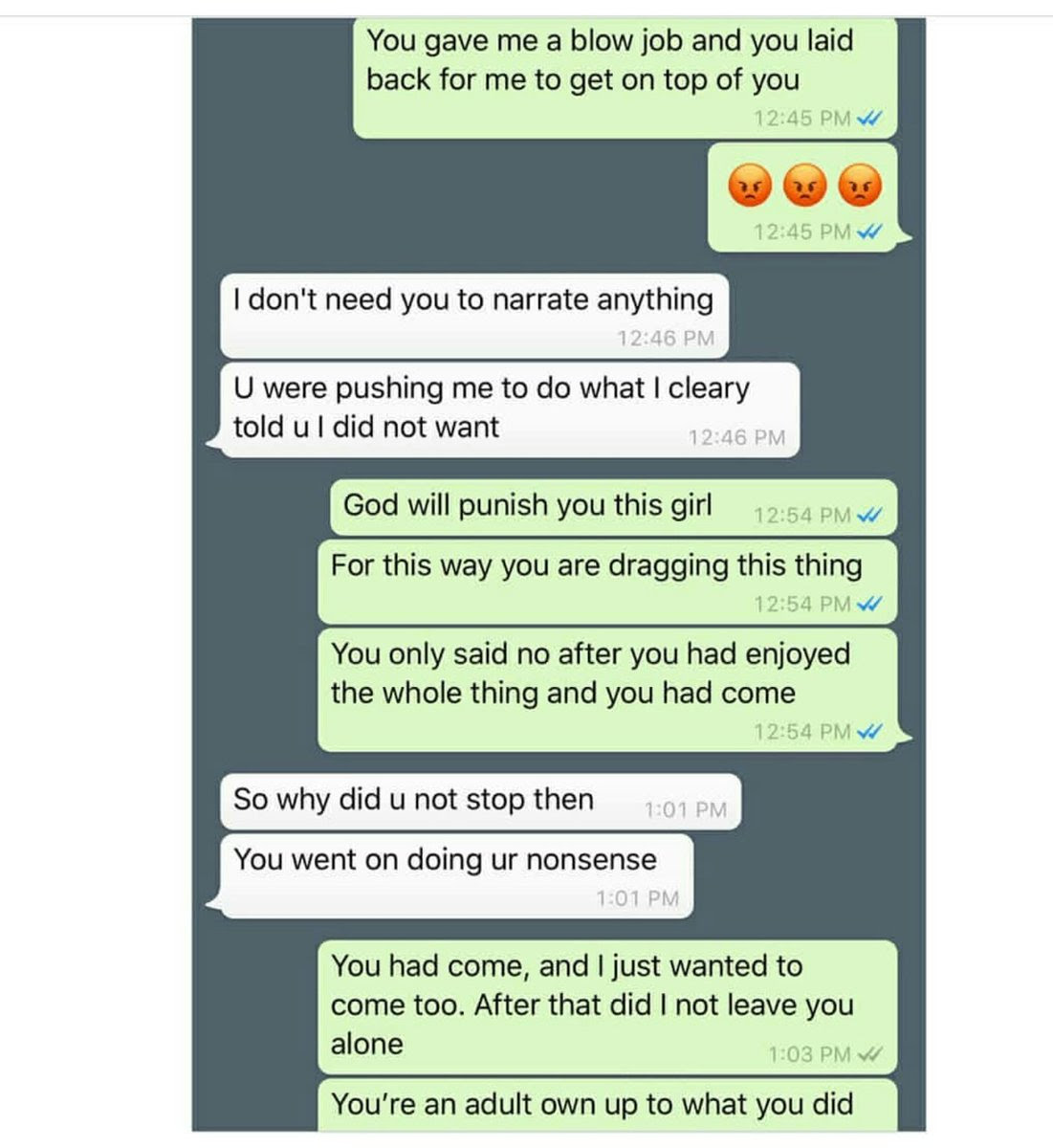