Posted by Admin Posted on February 16, 2018 with No comments

A young lady identified as Chioma Nelly Nwawere, has revealed why a guy blocked her on Facebook. According to the pretty lady from Imo state, the guy in a bid to woo her - bombarded her with different unwarranted questions. Even when she answered the questions, he continued with his "interrogation".

The lady also narrated how the guy asked her about her complexion and her gap teeth despite going through her pictures. That was she she told him to go for medical checkup.

This probably annoyed the guy who took out his anger by blocking her on Facebook. 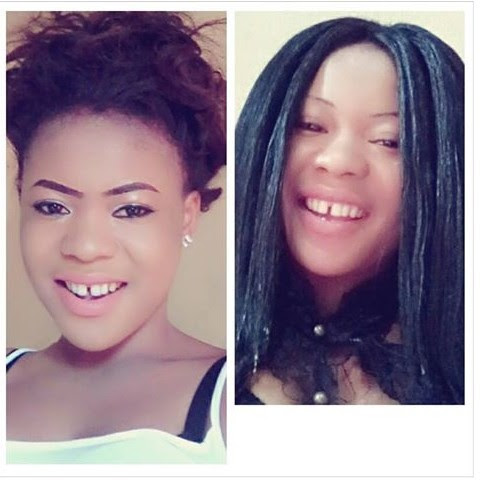 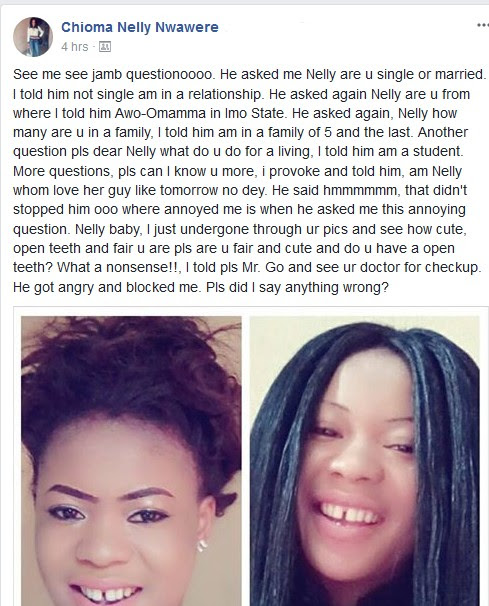