Debt is not neccesarily bad. Many organizations borrow money to fund their growth and expansion. So do governments. But it becomes a problem when a borrower has nothing tangible to show for its accumulated debt stock. It gets even more worrying if the debt stock becomes unsustainable (in terms of ability to pay back).

So, how do Nigeria states measure up on their debt profiles and ability to service it? We took a look at the debt and dept-per-capita of Nigeria states.

It is important to note that, while a state like Lagos may lead the league tables for indebtedness but then, the state equally has the most capacity to pay back/service it. States like Taraba, Borno, Yobe might have the least debt stock, but then, these are states that have the hold the least promises as financial entities. In other words, they have the least capacity and opportunity to borrow money. 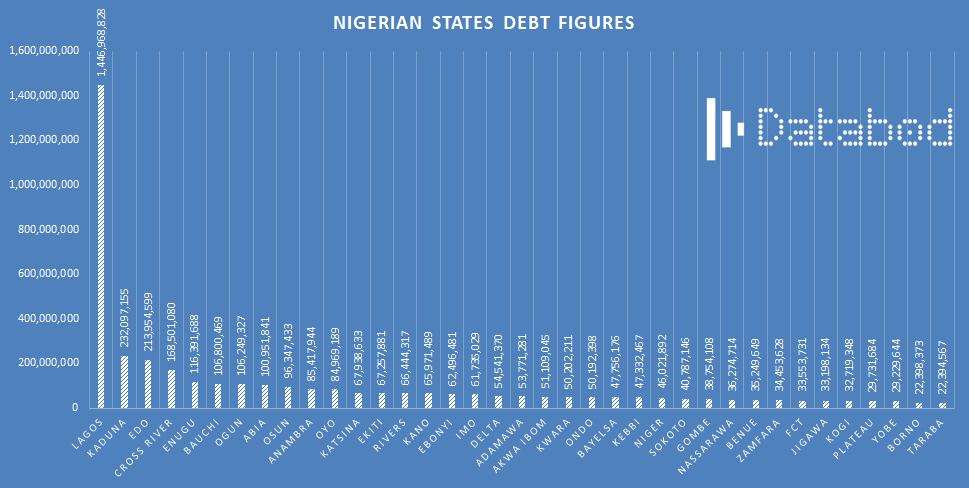