Posted by Admin Posted on February 08, 2018 with No comments

A man identified as Mr. Adams has died after he was mauled by a lion in Gamji Gate amusement park in Kaduna.

According to a post on Facebook, the lion broke out of the cage and wounded Mr Adam on his neck and he later gave the ghost in the early hours of Wednesday.

Sad News coming from the den of Nigeria.��

A zookeeper has died after a lion mauled him in a park in northern Nigeria.

The lion broke out of its cage in the popular Gamji Gate amusement park in Kaduna city, injuring Mustapha Adam in the neck.

Mr Adam was admitted to hospital, where he died of his wounds in the early hours of today (Wednesday).

Authorities say the lion was lured back into its cage after the attack. 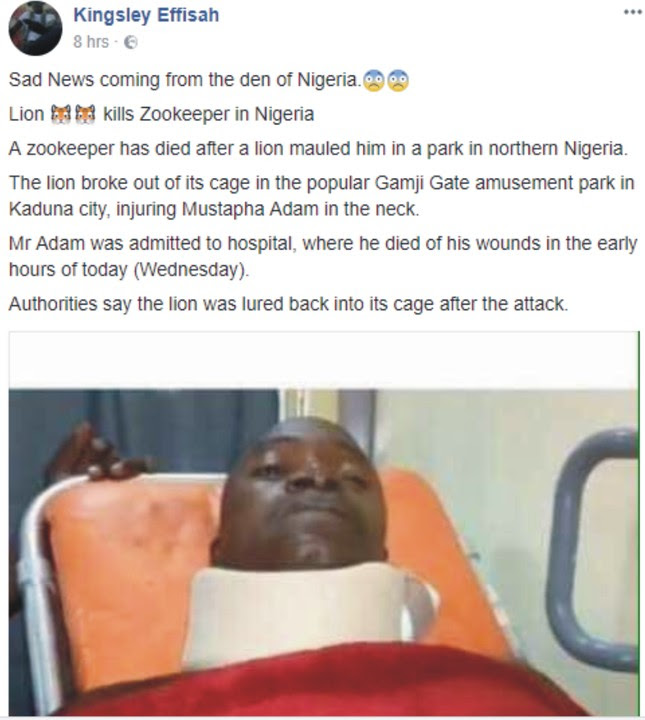 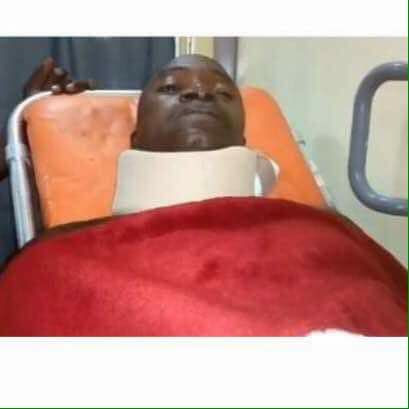