Choc City boss, M.I Abaga hosted friends, fans and industry pundits over the weekend to a house party in Lekki Phase One which served as the official listening party for his newly released EP titled ‘Rendezvous’.

The playlist project which has a lot of collaborations with top acts like Cassper Nyovest, AKA, Wande Coal, Terry Apala, Moelogo, Dice Ailes, CKay, Yung L, Nonso Amadi, Odunsi (The Engine), Tomi Thomas and more has been buzing online since it dropped and the release party surely live up to expectations.

MI Abaga at some point during his performance got in the swimming pool to dish out some of the songs off the album. In attendance at the event were 2face Idibia, Do2dtun, Ice Prince, Skales, Falz, Gbenro Ajibade, Ink Edward, Legendary Hustler, Ckay, Jimmie, Ehiz and many more. 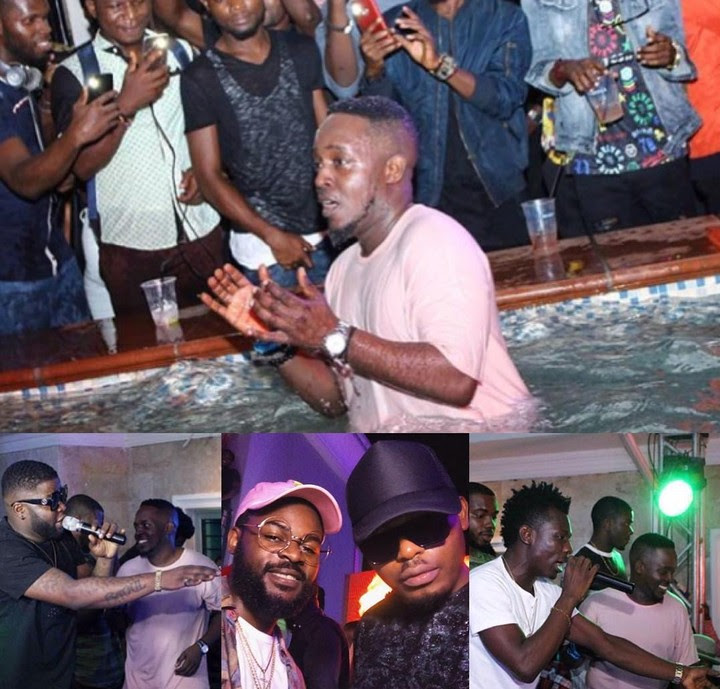