Posted by Admin Posted on February 11, 2018 with No comments

At the backdrop of an interview ex president of Nigeria, Olusegun Obasanjo's ex-wife granted Punch News, were she claimed that the ex president is forcing her son to stay in a marriage he doesn't want and that her son has ran away from his matrimonial home since last year, aimed maltreatment, the son has however slammed the mother for disgracing him on air.

Olujonwo Obasanjo, son of ex president has described as “ridiculous” the claim by his mother, Ms. Taiwo Martins that he was missing and that the police should look for him.

The statement dated February 7 and signed by Olujonwo, which was made available to newsmen in Abeokuta, the 34- year-old said he was not missing and wondered why the police should be looking for him at his age.

In the statement titled: “I am neither missing nor lost”, the former president’s son declared that on his own volition, decided to keep away from his mother for now."

“At my age of over 34 years, it is ridiculous to the extreme that my mother would ask the Police to look for me. I am well, alive and kicking and the Police need not look for me. For peace in my life, I have decided to keep away from my mother for now. She should not make me part of her seeking media attention."

“My siblings and others in my family who care about me without negative influence and abhorrent action know my whereabouts and we keep interacting and communicating. My father, who has supported me and my decisions in every aspect of my life, has been in constant communication with me and he is aware that I am hale and hearty. This is my personal and deliberate decision,” he stated.

On his marriage, the young Obasanjo emphasized that he is old enough to marry and manage his marriage, including to decide what to do with it, if the need ever arises. I don’t want crocodile tears nor undue publicity from anybody,” he declared. 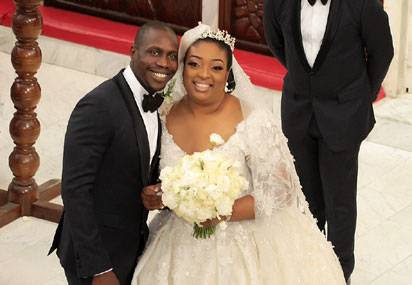