The senate, yesterday, resolved to probe Senator Ovie Omo-Agege (APC, Delta) over his statement that the reordering of elections sequence was targeted at President Muhammadu Buhari.

Oma-Agege had shortly after the passage of the amendment to the 2010 Electoral Act, told newsmen that the change in the sequence was targeted at Buhari.

During the briefing, Omo-Agege said, “You don’t make a law to target one person. The perception is that the law is targeted at the president. I will continue to protest it. I can tell you it will not become a law,” he said.

During yesterday’s plenary, the Chairman of the Senate Committee on the FCT, Dino Melaye (APC, Kogi), raised a point of order demanding that Oma-Agege be probed.

Recall that it was Melaye that raised the point of order that led to the suspension of Senator Ali Ndume (APC, Borno) for six months in March last year. Ndume’s “offence” was his statement on Melaye and the Senate President, Bukola Saraki.

Melaye said, “President Muhammadu Buhari is not only my party man; he is a president we all laboured to vote for. My colleague, Senator Ovie Omo-Agege, addressed the media last week. He said the decision taken by this senate was targeted at President Buhari.

“I cannot be part of any group of persons to move against the president; the allegations are weighty. I followed President Buhari to 35 states of the federation during the campaigns.

“When I was following the president round the country, Omo-Agege was in the Labour Party (LP). To now allege and put the integrity of the senate under check that the amendment was tailored towards the president is unheard of; it is in bad taste,” he said.

“I want to ask that the statement made by Omo-Agege, among other statements, be investigated by the Committee on Ethics, Privileges and Public Petitions. They need to find out if our actions were targeted at the president, he added.”

The Deputy Senate President, Ike Ekweremadu, who presided over the plenary, referred the matter to the ethics committee, saying they should bring their report within two weeks. 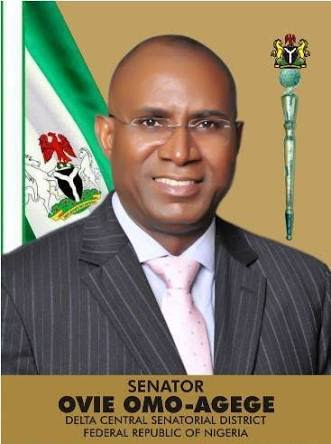