Governor Owelle Rochas Okorocha of Imo State yesterday came down heavily on a Coalition of Human Rights and Good Governance organisations in the South East geopolitical zone for tagging him the worst governor ever produced in the entire region.

The group, comprising 17 civil society organisations, passed the verdict in a paper presented in Onitsha, Anambra State, titled, “The best and the worst in south east Nigeria: A comprehensive review of good governance in the geopolitical zone dating to the Second Republic among other burning national issue.”

The governor, through his Chief Press Secretary, Mr. Sam Onwuemeodo, described the CSOs as faceless persons.

Okorocha said he had no time to join issues with persons with no identity, adding that any attempt to reply them would lead to their shame.

“We won’t reply faceless persons. When you publish what they said about us, we shall reply them as appropriately and I want to assure you they would bury their faces in shame in the end,” he said.

The leader of the coalition and chairman, board of trustees of International Society for Civil Liberties and the Rule of Law, Mr. Emeka Umeagbalasi, in a 22-page paper, described Okoracha’s administration as an unmitigated disaster and a disgrace to the south east.

He said from all indices of good governance, using the MO Ibrahim model in leadership, Okorocha was a failure.

Umeagbalasi, who generally scored the governors of the South East low in good governance, maintained that charismatic leadership had eluded the zone since after the Second Republic.

According to him, Abia State was next to Imo in producing serially bad governors. “Within the zone, Chief RochasOkorocha of Imo State stood out as the worst serving governor, while Dr. ChinwokeMbadinuju of Anambra State (1999-2003) Chief Orji Uzor Kalu and his successor Chief Theodore Orji of Abia State belonged to worst past governors,” he added.

The CSOs, who called on the governors of the geopolitical zone to wake up to their responsibilities,decried what they called “the near total, if not total collapse of good governance and visionary leadership in the South East zone”.

They observed that part of what aided bad leadership in the zone was “the legislatures which abdicated their roles of checkmating the executives for good governance and concentrating on cornering public funds to buy movable and immovable investments”.

The paper partly read,” South East governors should be proactive and efficient in strengthening the internal and external security of the zone against well-oiled and coordinated widespread violent attacks against Christian population and their churches by the terror Fulani herdsmen.

“The governors must stop supporting measures that are against Igbo interest such as cattle colonies and insisting in making inputs into security arrangement in the region.

“The governors should ensure that the zone gets its share of federal resources, appointments and infrastructural developments and that South East is factored into the new national railways policy as well as comprehensive reconstruction of all federal roads in the zone.

“The zone needs a standard international sea port and bridge linking Ogwu-ikpele in Ogbaru local council of Anambra and Ndoni in Rivers State.” 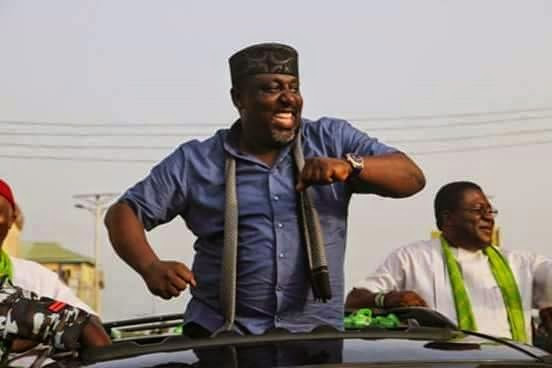