Posted by Admin Posted on February 05, 2018 with No comments

Millions of bank depositors will be exposed to risk while trying to use their Nigerian-issued MasterCard and Visa debit/credit cards for international transactions in the coming weeks as the Egmont Group is poised to expel the country from the group, PREMIUM TIMES has learned.

The group explained that the NFIU was suspended because the Economic and Financial Crimes Commission, EFCC, under which the NFIU was situated, was leaking sensitive information to the media.

The Egmont Group also accused the EFCC of blackmailing individuals with the confidential intelligence at its disposal.

“The Heads of FIU made a decision, by consensus, to suspend the membership status of the NFIU, Nigeria, following repeated failures on the part of the FIU to address concerns regarding the protection of confidential information, specifically related to the status of suspicious transaction report (STR) details and information derived from international exchanges, as well as concerns on the legal basis and clarity of the NFIU’s independence from the Economic and Financial Crimes Commission (EFCC). The measure will remain in force until immediate corrective actions are implemented,” the group said in a statement.

But days after, an EFCC source told PREMIUM TIMES that the NFIU was suspended following a “false petition” sent to the Egmont Group by an embittered former director of the NFIU.

“What Nigeria is facing today may have been self-inflicted as certain citizens with vested interests in the running of the NFIU are known to regularly feed the world body of FIUs with false information regarding the situation in Nigeria,” a top official in the EFCC who did not want to be named told PREMIUM TIMES.

“The issues that culminated in the recent suspension of Nigeria are predicated on a false petition by a former director of the NFIU who, embittered by the manner of her dismissal, painted a false imagery of siege on the NFIU with the objective to compromise information from the Egmont Secure website,” the official said.

Following the suspension, Nigerian Vice President, Yemi Osinbajo, in a memo numbered: SH/OVP/DCOS/NFIU/ addressed to Chukwuka Utazi, chairman, Senate Committee on Anti-Corruption and Financial Crimes, explained that he had set up an ad-hoc committee to reposition the NFIU and restore its membership of the Egmont Group.

The memo listed Mr. Utazi as the Chairman of the ad-hoc committee. Other members include Kayode Oladele, a member of the House Representatives, Abdullahi Shehu, and representatives of the Federal Ministries of Justice, Finance and Interior. Others are the Executive Secretary, Presidential Advisory Committee Against Corruption (PACAC), a representative of the Independent Corrupt Practices and Other Offences Commission (ICPC) and a representative of the EFCC.

The committee was charged with facilitating the legal and regulatory measures to bring about financial and operational autonomy of the NFIU, and to make other recommendations necessary to boost the country’s capacity to deploy financial intelligence to fight crime.

The committee was expected to turn in a final report by the end of August 2007. However, nothing has been heard of its recommendations.

PREMIUM TIMES could not reach Mr. Utazi for comment.

Laolu Akande, Mr. Osinbajo’s spokesperson, did not answer calls to his mobile phone. He also did not respond to a text message sent to him requesting for comments.

When reached for comments, spokesperson of the EFCC, Wilson Uwujaren, promised return with a statement. He, however, failed to do so hours after he made the promise. The EFCC chairman, Ibrahim Magu, had however said earlier that the NFIU operates with a large degree of autonomy.

The implication of expelling Nigeria

While the status of committee’s recommendations remains in the dark, Premium Times has learnt that that a proposal to permanently expel Nigeria from the Egmont Group is on the agenda of the Egmont Working Group and Heads of FIU meeting to be held in Buenos Aires, Argentina between March 2 and 7.

If the group goes ahead with the proposed expulsion, transactions done with credit and debit cards issued in Nigeria could unnecessarily be flagged as suspicious. The liability of foreign transactions will also be shifted to Nigerian card users.

Tunde Ajileye, an employee of digital payment company, Interswitch, explains what a liability switch is:
“We would have liability shift. What that means is that, if there is an issue and they (banks, payment companies) want to adjudicate, normally they adjudicate before they move the money to any party but with a liability shift, what it means is that they will first move money from you to the other party and if they now decide that you are not at fault they will then move the money back to you. The risks becomes higher and the odd is staked against you if there is an issue with your transaction.”

Mr. Ajileye also said another implication of expelling Nigeria from the group will be that Nigerians will be more prone to be suspected of money laundering.

“Money that comes in from Nigeria will become more suspect. Normally if you do a suspicious transaction report to the NFIU and the NFIU shares that report to other international agencies to track but if we are expelled we really can’t share. We also do not have access to information, so we become more prone to money laundering.

“For instance, if someone has been flagged internationally because we don’t have access to that information, we won’t know, and the person(s) can continue to do their transactions unlike today where we can get such information,” he said.

The Egmont Group is said to be uncomfortable that the NFIU still operates under the control of the EFCC, which is accused of being meddlesome.

Last July, the Senate passed the Nigerian Financial Intelligence Agency Bill, which grants autonomy to the NFIU one week after it was presented to the upper legislative chamber.

The bill is, however, yet to be passed by the House of Representatives. 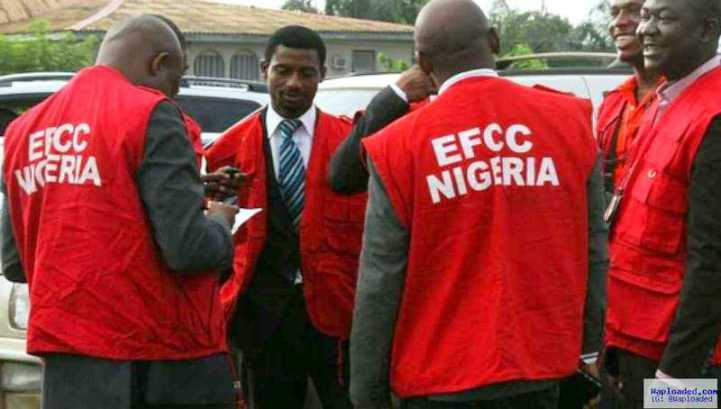