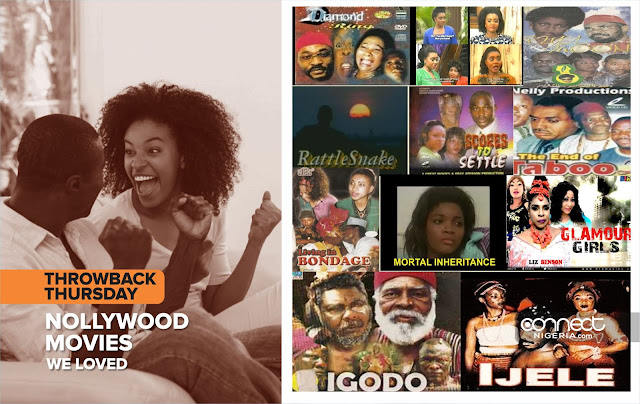 Yay how I love Thursdays as if it’s a Friday but that’s just because Thursdays are throwbacks – meaning it’s the perfect time of reminiscing on good ol’ fun memories and epic blasts from the past ranging from best trends to the finest music and so forth.
While having one of those nostalgic feelings, I remembered Nigerian movies in the past – Oh my! Nollywood movies back in the day was just a hit back to back, they were basically the movies that shaped the face of Nigerian movies of today. They were hilarious, engaging, creative not to mention crazy and very popular. There wasn’t a dull moment when watching them – please if you watched any of these movies and you’re still single go and marry oh. So, without further ado let’s take a look at our favourite old Nollywood movies.

Now if you didn’t watch this movie then apparently you missed the greatest film ever from Nollywood – nope am not exaggerating. Another great thing about this movie is the fact that it was shot in Igbo language (with English subtitles though) yet was very popular nationwide. The movie was shot in 1992 featuring top-notch actors like; Kanayo O. Kanayo as Chief Omego, Francis Agu as Ichie Millionaire, Bob Manuel Udokwo as Mike, Nnenna Nwabueze as Merit, Kenneth Okonkwo as Andy, Rita Nzelu, Ngozi Nwosu and many others. The plot of the movie surrounds Kenneth Okonkwo – Andy, who killed his wife for rituals to be rich but it came with a heavy price. The part I’m sure most of us still remember till date is when Merit came and asked Andy why he killed her, knowing how much she loved him. Whew! Epic something.

Let me just start off with this…. Nneeeeeeeeee Nneka, Nneka m oh! Obu Gini! Seriously though this movie it’s the main thing called a thriller movie and shot once again in 1992. It tells the story of a woman looking to conceive and out of desperation asked the water goddess for a child – now we know that won’t end well. The movie is a Zeb Ejiro production featuring Ndidi Obi as Nneka, Ngozi Ezeonu, Eucharia Anunobi, Rita Nzelu and lots more. Another classic part… Tony look into my eyes!!

Oh boy, this movie was something else as it garnered so much controversy at the time. Way before facebook girls and blackberry babes, this movie was one of a kind film shot in 1994 and produced by Kenneth Nnebue. The story was about money, power, fame etc. Also featuring top stars like Liz Benson, Eucharia Anunobi, Gloria Anozie, Dolly Unachukwu, Zack Orji, Ernest Obi, Pat Attah, Keppy Ekpeyong Bassey, Ngozi Ezeonu, Sandra Achums amongst others. 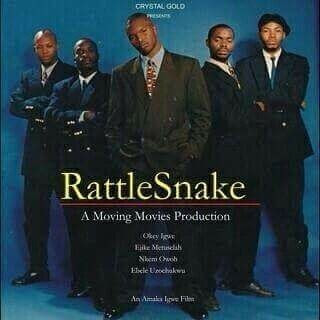 Such an emotional movie that doesn’t leave a dry eye after being watched. It was shot in 1994 and directed by late Amaka Igwe. It tells a story of Ahanna, a young boy who was lured into the world of crime and armed robbery after the death of his father. Starring Francis Duru, Nkem Owoh, Bob Manuel, Anne Njemanze, Ebele Uzochukwu, Okey Igwe, Julius Awgu who made his first acting debut with this movie, amongst others.

Another legendary movie and a blockbuster. It tells the story of the murder of the son of Amadohia (god of lightning and thunder) under wrong charges, then places a curse on the land that ignites problems. Directed by Andy Amenechi – it starred Pete Edochie, Nobert Young, Sam Dede, Charles Okafor, Chidi Mokeme, Prince James Uche, Joe Layode alongside others.

The songs alone in this movie is epic because it’s said to have paved way for Nollywood to try hands in singing in movies. The story was about an Osu (an outcast). The lead actor was Kenneth Okonkwo.

Produced by Sunny Collins and shot in 1998, it tells the story of a woman – Sade who after her husband died she was rejected by her in-laws and ended up on the streets for survival. The actors include; Liz Benson, Richard Mofe-Damijo, Omotola Jalade-Ekeinde, Teco Benson and Patrick Doyle.

Shot in 1996 and Produced by Dozie Eriobu featured top stars like; Regina Askia, Ibinabo Fiberisima, Liz Benson, Ayo Adesanya, Antar Laniyan and introducing Genevieve Nnaji who made her acting debut in this movie. 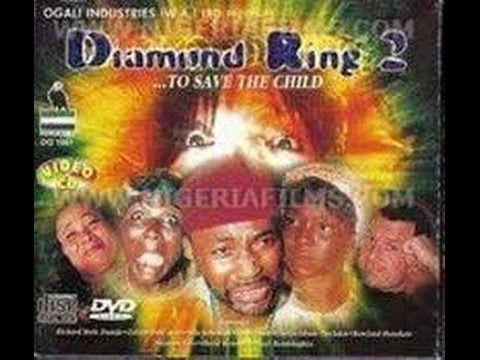 Before Sola Sobowale gave us an amazing performance in the wedding party she’s been wowing us. Her son in this movie (Teju Babyface) caused her to go gaga when he got into trouble, it was one gripping film featuring the likes of Richard Mofe-Damijo, Liz Benson, Sola Sobowale, Bimbo Akintola, Bukky Wright and Teju Babyface.

Omotola Jalade-Ekeinde got her big break with this movie which also featured Fred Amata.

Other Unforgettable Movies Include; Issakaba, Ijele, Domitilla, Love Without Language – which most of us waited forever for part2, Silent Night, Out of Bounds, Full Moon, True Confession, Violated, Blood Money, Onome, Tears in Heaven, Keeping Faith and A cry for Help.