Posted by Admin Posted on March 28, 2018 with No comments

Former President Olusegun Obasanjo has asked President Muhammadu Buhari to reconsider his stance and sign the Africa Continental Free Trade Area agreement before it is too late.

The former president expressed disappointment that Nigeria was not among the 44 member countries of the African Union that endorsed the agreement.

“That President Buhari didn’t sign the free trade agreement in Kigali is disappointing; I hope he signs it before it is too late,”Mr. Obasanjo was quoted as saying.

“Egypt started the discussion on the formation of the Organisation of African Unity but didn’t conclude it and Nigeria took over. Nigeria was also central to the discussion of the free trade agreement, but I am surprised that the country withdrew from signing.”

The agreement was signed during the 18th Extraordinary Session of the Assembly of (AU) Heads of State and Governments on March 21 in Kigali, Rwanda.

Nigeria and South Africa were two of Africa’s biggest economies that withheld their assent to the agreement meant to establish a common protocol to allow free movement of goods and services among member nations of the AU. South Africa later signed.

Seven other countries, including Burundi, Guinea Bissau and Eritrea also did not sign the agreement.

Although the Federal Executive Council had given consent for Nigeria to sign the agreement, Mr. Buhari canceled his schedule to attend the AU meeting at the last minute.

Prominent interest groups like the Nigeria Labour Congress and Manufacturers Association of Nigeria kicked against the treaty, saying aspects of the agreement would hurt Nigeria’s interest.

Consequently, the decision to sign the agreement was postponed to allow for adequate consultation and inputs from interest group, particularly with the NLC, which called the treaty a “renewed, extremely dangerous and radioactive neo-liberal policy initiative.”

But, Mr. Obasanjo, who was named on Friday as chair of the Advisory Council for Intra-African Trade Fair organised by African Export-Import Bank in conjunction with the Egyptian government for December 2018, said he was surprised Nigeria refused to sign the trade agreement.

He recalled the leading role Nigeria played in founding the free trade agreement initiative, saying apart from Egypt, which started the discussion on the formation of the Organisation of African Unity, Nigeria was central to all discussions on the agreement.

The AfCFTA treaty is one of the flagship projects of the AU Agenda 2063 to create a single continental market for goods and services, with free movement of business persons, investments and a single currency. 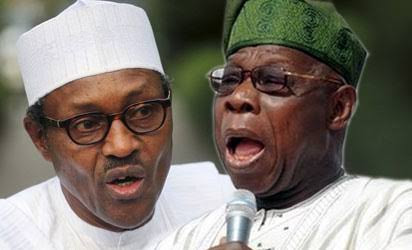