The revelation by the Senator was the first time a member of the National Assembly will confirm speculations that Nigerian senators are earning N41.5 million quarterly as a running cost.

The Kaduna Senator who made the revelation in an interview he granted to TheNEWS magazine said the running cost was in addition to the over N700,000 monthly consolidated salary and allowances of each member of the Senate.

The Senator said, “I think what we can say is that the running cost of a senator is N13.5 million every month,” the Senator said in response to the question on alleged bogus salaries and allowances of Nigerian lawmakers.

Senator-Elect Shehu Sani, Kaduna Central
The Nation, Nigeria
According to him, while there is no specific instruction on what the fund should be used for, lawmakers must provide receipts to back up their expenses from the running costs. He added that the running cost is in addition to funds earmarked for each senator for constituency projects.

“But what I am saying is that that money (N13.5 million per month) must be receipted for what you do with it. But what you are given to go and spend without any accountability is N750,000.00.

“The constituency project itself is given on a zonal basis and almost every Senator will go with a constituency fund of about N200 million, but it is not the cash that is given to you.

“Now, the corruption comes when the projects are not done and the money is taken. But right now, it is difficult to do that because NGOs and transparency groups have come into it. They track every allocation made to you and where they are being used.

“So, it’s becoming difficult for what used to happen in the past to happen now.

“But I can tell you that I would love a situation where we do away with running costs, constituency projects and leaves senators and members of House of Reps with salaries.

‘And also, the public should be informed that nobody should come to any senator’s house asking for any kobo. That also would be helpful.

“There are issues that we need to understand. First, I don’t believe that members of the National or even state assemblies should be involved in carrying out what is called constituency projects.

“When people are elected into the National Assembly, they should just be involved in law making, raising motions, bills and also performing oversight functions. But we live in a society where people cannot differentiate between the legislators and the executive.

“When the people come to you, they want you to build roads, dig boreholes, build hospitals, schools, give money, pay school fees for them. Now, if we have a society in which people will stop asking legislators to do those things, then there is no need (for the allowances) But funny enough, if you are very active in the National Assembly in making laws and you don’t embark on projects in your constituency, you cannot in any way be appreciated by the people you are there to serve because the electorates in United States are different from the electorates in the United States and Africa.

“We live in an underdeveloped society with a lot of poverty, misery and wants. What people want is for you to address those basic fundamental issues that affects their lives.

“If we can be done with that, it would be okay. Now, you are talking of bogus salaries and bogus allowances – there are three steps you need to consider – the first has to do with the fact when you represent the people, expectations arose from your immediate and the larger constituencies.

“But I agree with you that the salaries and allowances of lawmakers should not be discreet, but what is discreet about it when you can write to Resource and Fiscal Mobilization Commission to get everything about what a senator earns?

“The only money you are not expected to account for is your salary and the salary of a senator is about N750, 000.00 per month. The other one, the running cost of office must be accounted for. You must provide a receipt for every expense you make." 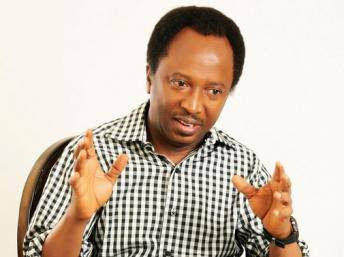 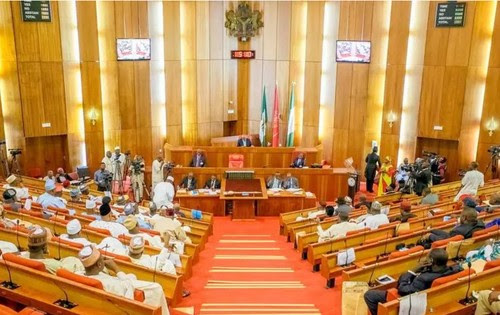