Posted by Admin Posted on March 28, 2018 with No comments

According to reports, today, March 28, 2018 being Wednesday, is the long awaited date set before the Federal High Court, Abuja to know the whereabouts of the leader of the Indigenous People of Biafra {IPOB}, Mazi Nnamdi Kanu.

Recall that on 14th of September 2017, the Nigerian Army invaded the Palace of his Royal Majesty, Eze Isreal Okwu Kanu, the home of the IPOB leader, where many victims were killed as the military searched for Nnamdi Kanu. Since then, Nnamdi Kanu and his family are nowhere to be seen.

Since he was granted bail, the separatist leader has not appeared in court and his counsel had repeatedly told the court that his client was in the custody of the Nigerian Army.

Today, Hon. Sen. Enyinnaya Abaribe who is one of the sureties is present before the court, reportedly ready to narrate what actually transpired between the IPOB leader, Mazi Nnamdi Kanu and the Nigerian Army in the guise of "Operation Egwu Eke II". 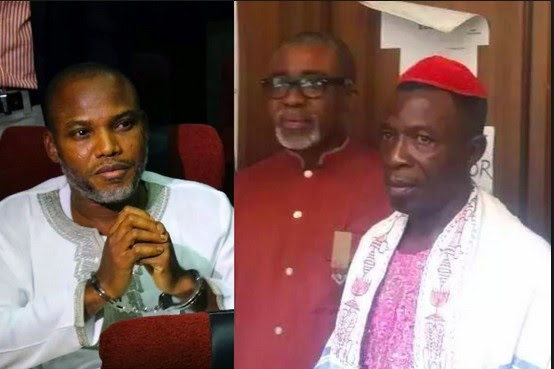