Posted by Admin Posted on March 09, 2018 with No comments

The Oba of Benin, Oba Ewuare 11, summoned all Benin chiefs and native doctors in the kingdom for an emergency meeting with a view to tackling human trafficking, kidnapping and other security challenges in the state. This came as Edo State House of Assembly, yesterday, began consideration of a bill for a law to prohibit human trafficking and establish Edo State task force against trafficking in persons.

The revered monarch, had penultimate week expressed concerns over the activities of human traffickers in the state and called for concerted effort to fight the scourge.

The meeting was held today Friday, March 9, 2018. Officials of National Agency for the Prohibition of Trafficking in Persons, NAPTIP, were also invited.

The monarch said NAPTIP has informed the Palace of how the victims of human traffickers are subjected to oath taking, which makes it difficult for them to provide useful information to NAPTIP that could lead to the arrest of the perpetrators of human trafficking in the society.

The Oba of Benin noted that many of those trafficked never get to their destinations as they are subjected to slavery in Libya, while others died in the Mediterranean Sea, pointing out that many families have been grieving over the loss of their loved ones.

According to reports, the Oba of Benin, revoked all curses placed on trafficked persons by Native doctors in Benin kingdom. He reportedly advised victims to reveal who trafficked them abroad to relevant authorities....

His Royal Majesty said the meeting was convened to warn those behind this illegal acts of human trafficking to desist or face the wrath of the law and the ancestors of the land. 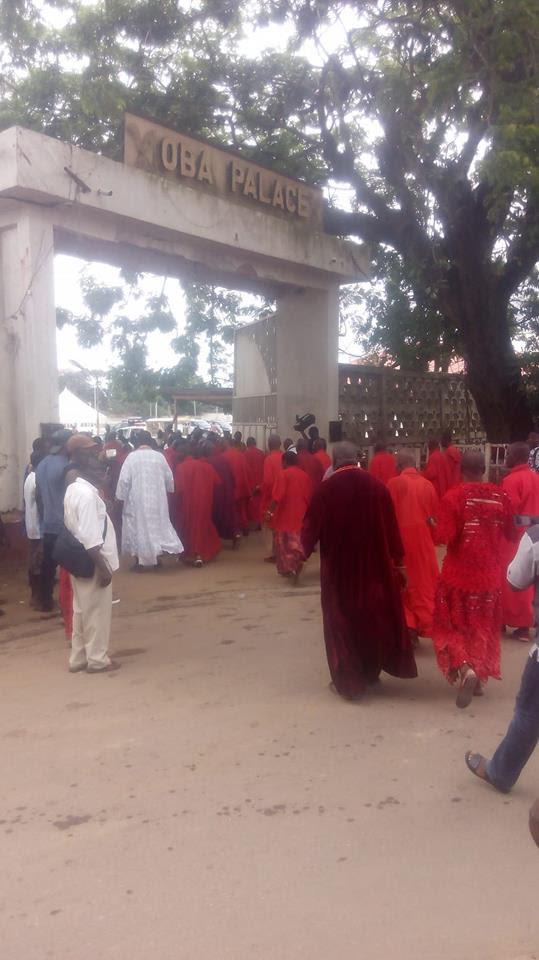 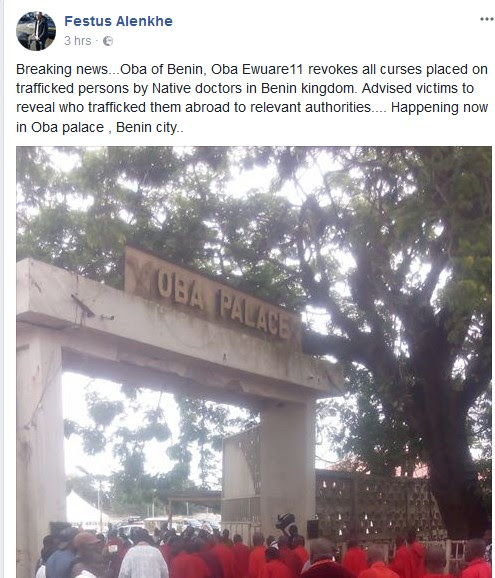