The Number 1 Thing That Disqualifies Candidates From First Round Interview

If you’re not a confident interviewee, you may feel as if navigating an interview is akin to walking through a minefield—eventually, you’re bound to make an explosive move. But after speaking with several recruiters and hiring managers, we found out that there aren’t many moves you can make that will automatically disqualify you from getting the job. But there is one thing you can do—the No. 1 thing, if you will—that will make any recruiter or hiring manager say sayonara to you. What is it? It’s trashing a previous employer, they say.

“The No. 1 mistake a candidate might make is to disparage his or her prior employer—either the company itself or people who worked there,” says Laura Handrick, who works as FitSmallBusiness’ HR analyst. “No one wants to hire someone who talks badly of others. Employers want team players, not people who carry negative baggage. Plus, negative talk about former coworkers, the company, or a prior supervisor simply serves to make an applicant look like a whiner. A recruiter will see this person as a future ‘problem.’ and in spite of any great qualifications, they’re not likely to get called back for a second interview .”

Jordan Rayboy, CEO of Rayboy Insider Search, agrees. “If a candidate is overly negative about a current or past employer, it plants seeds of doubt in a hiring manager’s mind,” he explains. “First, that the candidate has a negative attitude in general—and no one wants to hire a potential dark cloud onto their team. Next, that the candidate will likely bad-mouth their company in the future if they end up getting hired. And it also shows a lack of good decision-making skills—as in, what to share in certain situations and what not to. Lastly, and most importantly, it’s a sign the candidate tends to blame others when things don’t work out. They don’t take ownership of their share of responsibility for things. It’s always someone else’s fault—like their current or past employer’s fault—that they didn’t hit their numbers, or didn’t last more than a year there, or anything else that may have happened.”

Trashing a previous employer is something recruiters and hiring managers hateso much that they may ask leading questions in order to see if you’re willing to bad-mouth a boss.

“In an interview, I can identify a bad team player right away by asking questions that lead the candidate talk about his previous team experiences,” says Dave Lopes, director of recruiting for Badger Maps. “When the priorities of that individual supersede the priorities and growth of the team or group, you know you’ll have someone who will not fit well.”

What’s more, “interviewers are, typically, good at getting a candidate to open up,” points out Handrick. “And once a candidate feels comfortable, they might be tempted to say something too revealing or disparaging, such as ‘I left my last company because my boss was a jerk who made me work overtime,’ or ‘they didn’t realize how good I was, so I quit when they wouldn’t give me a raise.’” These types of sayings are red flags to recruiters.

You may very well have had a terrible former boss or are leaving a toxic work environment, but the fact is, recruiters and hiring manager don’t want to hear about it. So what should you say instead? “Instead of talking negatively about past or current employers, candidates should focus on what they learned in different scenarios, how they grew, and what they are looking to move towards as opposed to running away from,” Rayboy says. “Most managers prefer hiring candidates that are looking for a launch pad instead of a landing pad.”

Another thing you can try to do, advises Jordan Wu, CEO of CloserIQ, is to “stick to facts, not judgments. You may want to consider saying, ‘I struggled to find exciting career paths for my growth at the company,’ instead of, ‘the company doesn’t promote top performers 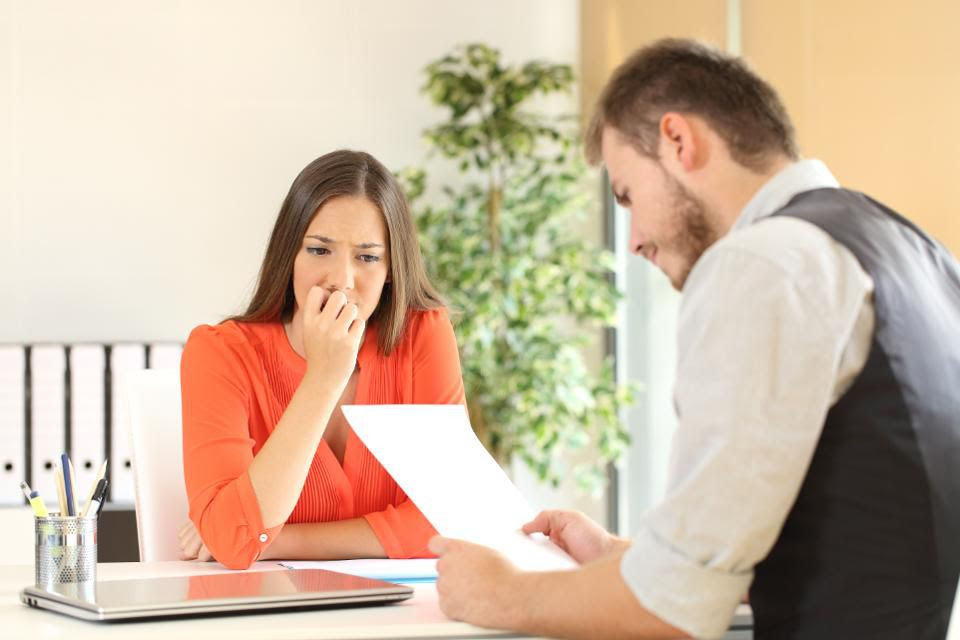