Davido took to his Snapchat last night to react to Rico Swavey eviction.

Viewers were hit with total shock last night when housemate, Rico Swavey was announced as the latest contestant to leave the Big Brother house.

The actor and singer was only nominated for eviction twice in the Big Brother game and the second time wasn’t favourable for him as it saw him leave the house.

Rico was up against Alex, Cee-C, Miracle, Nina and Lolu and while Ebuka announced that Nina and Lolu were saved, he called on Rico Swavey and being saved wasn’t his fate last night.

His supporters were certainly saddened to watch him leave as they took to social media to bewail his painful exit from the house and surprisingly, Nigerian singer, Davido was one of his supporters.

The singer took to his Snapchat to react to Rico’s leave from the house, as he wrote, 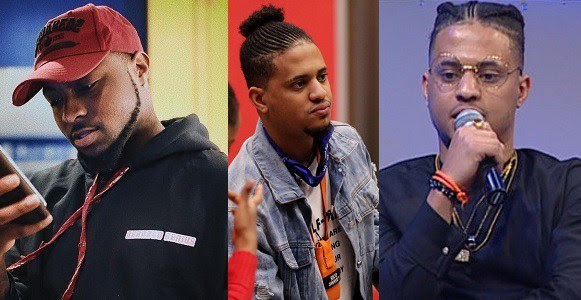