Joe Igbokwe: "10 Reasons I Insist Some Nigerian Youths Are Lazy"

Posted by Admin Posted on April 21, 2018 with No comments

10 REASONS WHY I INSIST SOME NIGERIAN YOUTHS ARE LAZY.

1. A research carried out at NNAMDI Azikiwe University Awka Anambra State found out that Students spend more time doing some funny things on the Internet than focusing on their books.

2. In the 90s I had some two Children of close family members in my house. They were about writing their WEAC Exams but I did see them for one day reading for the exams. When I confronted them they said ' Uncle do not worry we will pass' They 'passed' and today they are 'graduates' but I know they are not.

3. Today in Nigeria if you want a good carpenter, Tiler or POP man you need to get the Togolese, Camerounians, Ghanaians to do the job.

4 I have met Mothers who are ready to give anything including their bodies for their Children to get admission into Universities and even to pass common entrance exams.

5 For years I have pleaded with some of the young people I know to go to learn a trade and even when I succeeded in getting them places to learn something they usually run away to go and continue to beg.

6 I have met many of our young people who said they went to university and when you engage them you will discover instantly that they are fake graduates who are not employable and yet they will tell you there are no jobs.

7 One of my brothers spent good money to get his wife who claimed to be a graduate a teaching appointment. He pushed and pushed until one day he was invited by the man who wants to help him. My brother was shocked to the marrows when the man told him that the woman should return to class one in Secondary School and that she knows nothing.

8 In the South East today hundreds of young men have been brutally killed in drug related offenses in South Africa, Thailand, Malaysia and other Countries. Some sell their Kidnies to raise money. Give these young men a job of 200k a month they will just laugh at you.

9 Today in NNEWI where I come from it is difficult for you to get a young boy to learn a trade for say 5,6,7 years before they are established. They prefer Okada business, yahoo yahoo, begging etc.

10 There are so many fake Proprietors of universities and Polytechnics in NIGERIA that are only interested in money and nothing else. They go to JAMB and bribe them to send these 10th rate poor students to them. They push and push them until they graduate and the vicious cycle continues. We have close to 200 Higher Institutions but how many of them are real higher institutions.

I am passionate about getting our Country to work again and that is the reason why I am challenging the young people of Nigeria. My father abused us for laziness and untoward behaviors to make us strong and dedicated. Our teachers in those days abused, flogged and and gave us pits to dig for failing to do our assignments. I know a father who went to pick his son in Navy school Abeokuta for holidays. When he got there and was told that the boy failed his exams the man turned his car and left for LAGOS without the boy. He did not return to pick that boy until after one week. It became a turning point in the life of that boy. 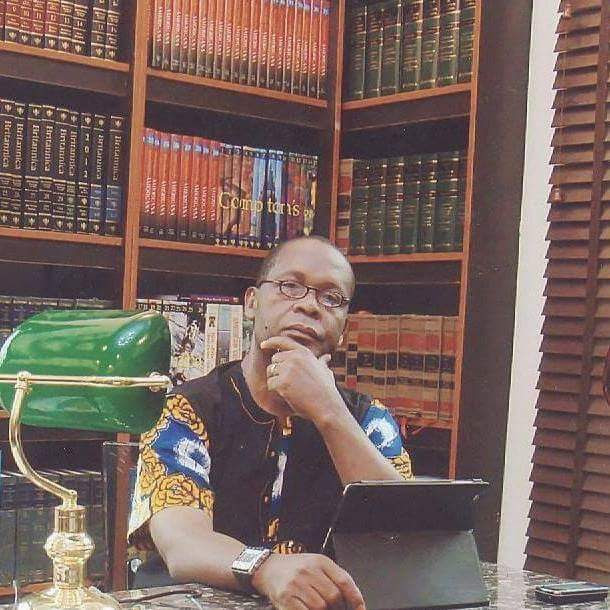 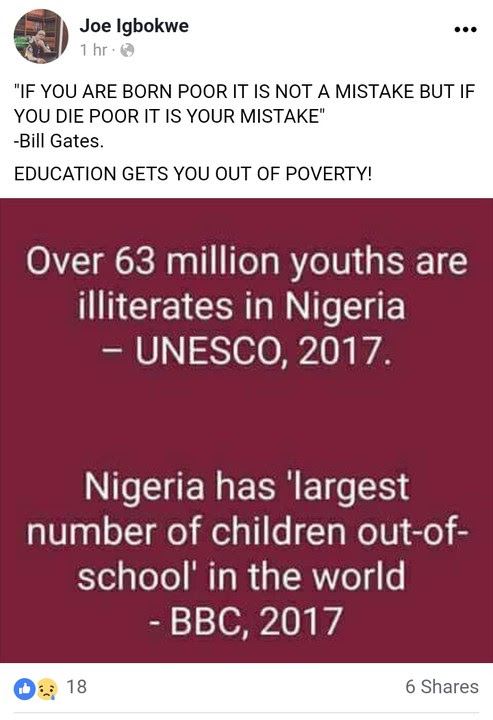 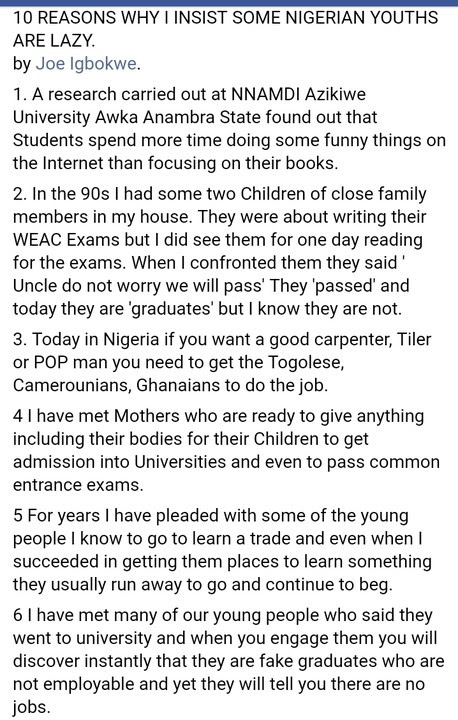