Posted by Admin Posted on April 19, 2018 with No comments

The stolen mace taken from the Senate Chamber has just been returned to the National Assembly by the police.

The mace was later taken to the office of the Clerk of the National Assembly.

Meanwhile, six suspects have been arrested by the police for stealing the Mace.

The suspects would soon be charged to court after investigations are concluded. 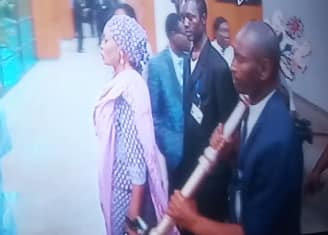