According to Femi Adesina

Responding to his guest's comment on the clashes between herdsmen and farmers in different parts of Nigeria, the President submitted:

"The problem is even older than us. It has always been there, but now made worse by the influx of armed gunmen from the Sahel region into different parts of the West African sub-region. These gunmen were trained and armed by Muammar Gadaffi of Libya. When he was killed, the gunmen escaped with their arms. We encountered some of them fighting with Boko Haram. Herdsmen that we used to know carried only sticks and maybe a cutlass to clear the way, but these ones now carry sophisticated weapons. The problem is not religious, but sociological and economic. But we are working on solutions."

President Buhari lamented that "irresponsible politics" has been brought into the farmers/herders’ crisis, but assured that enduring solutions would be found, and justice done to all concerned. 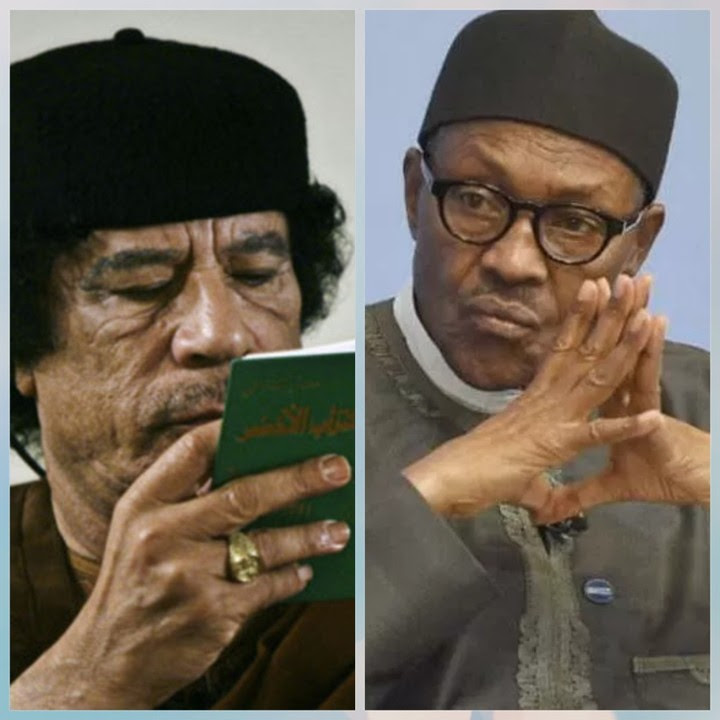 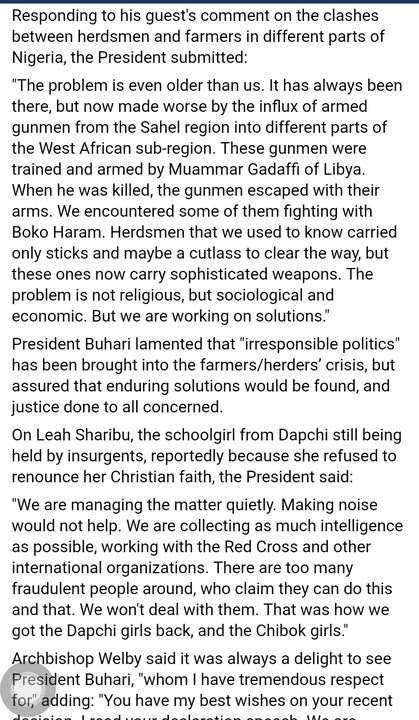