Home » extras » Is It Wrong For A Man To Move Into His Wife's House After Marriage? Nigerians react

Is It Wrong For A Man To Move Into His Wife's House After Marriage? Nigerians react

A Twitter user shared a story of a man criticized for moving into his woman's house after marriage and the tweet has sparked a debate online.

Some people feel no true African man should move into a woman's house. Others said it's acceptable if the woman stays humble and doesn't disrespect the man as a result.

But the poster pointed out that men do not accord women that same respect when they move into their house, instead, at the slightest provocation, the husbands ask their wives to leave. 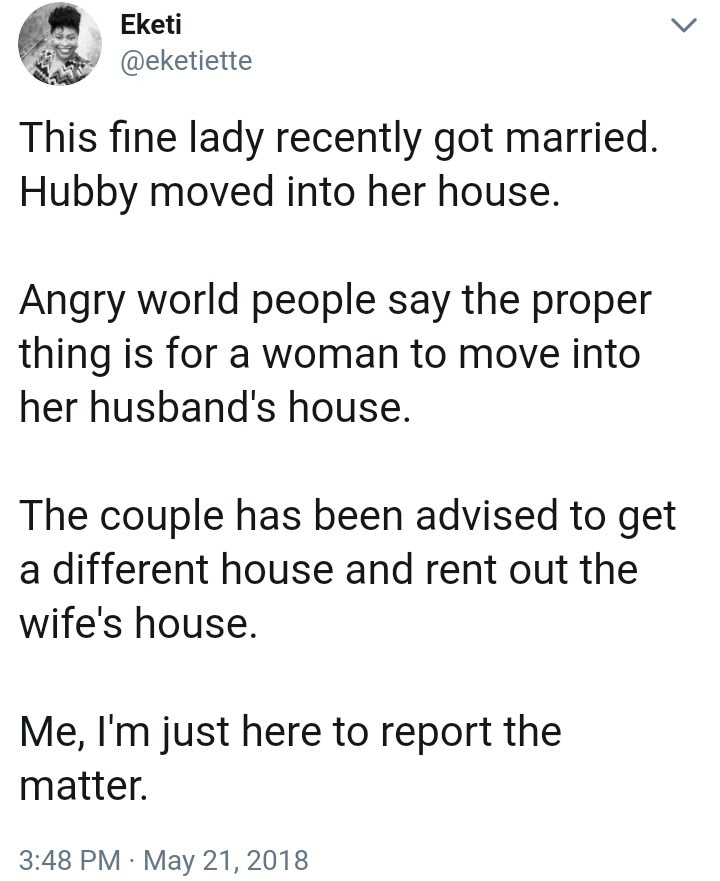 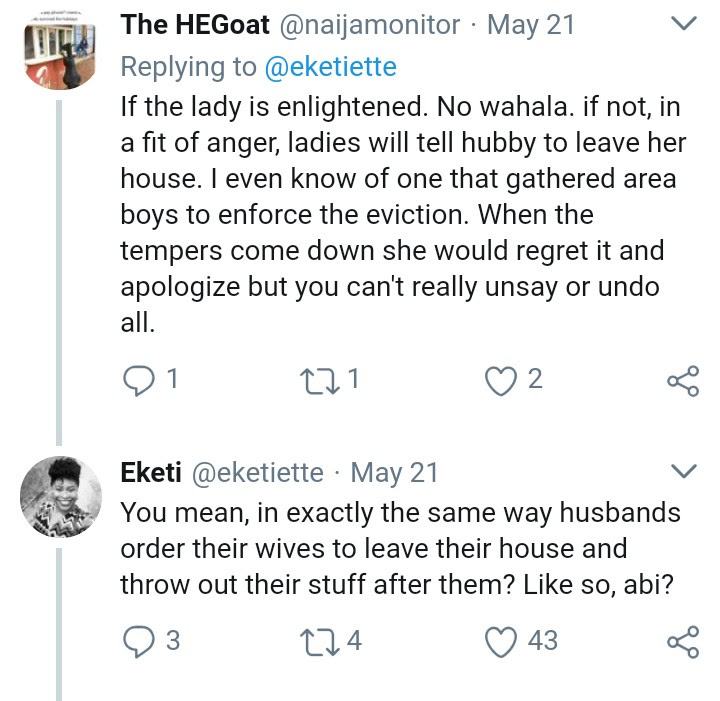 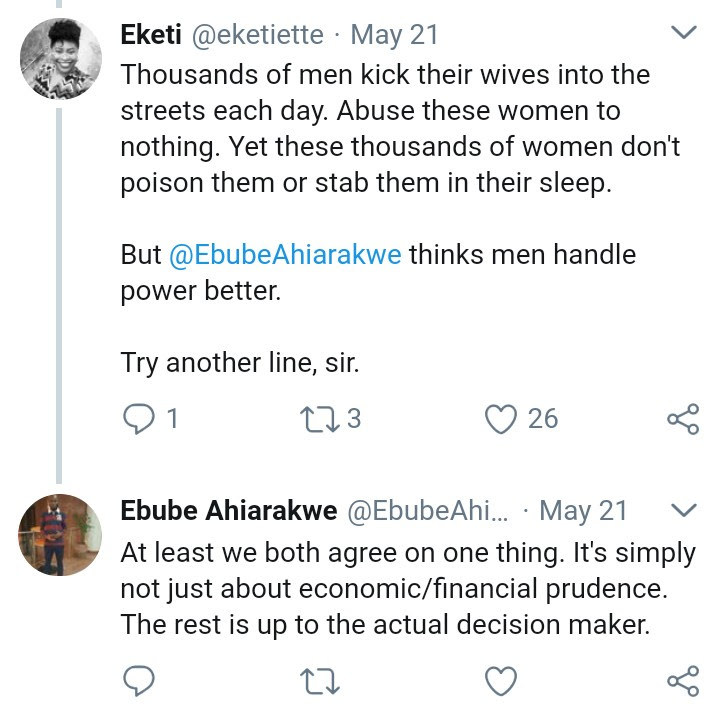 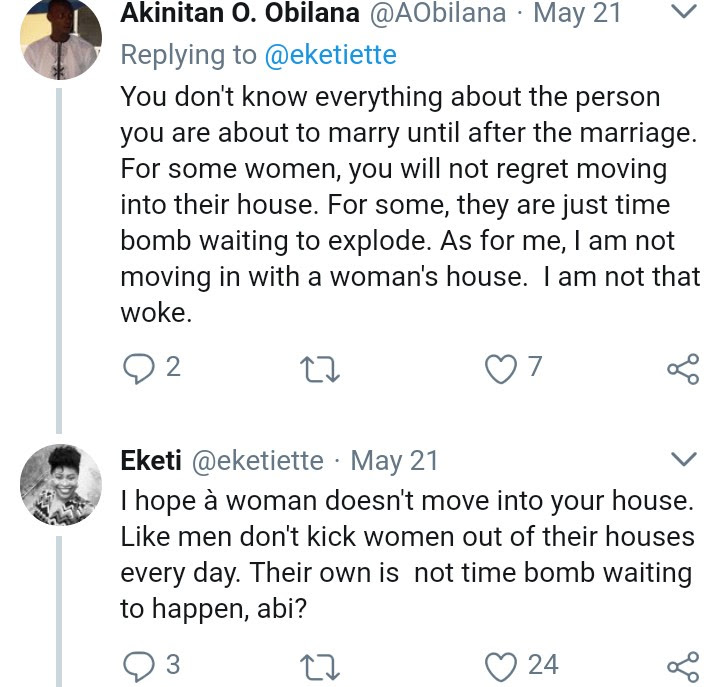