Kemi Olunloyo is at it again. This time around, the controversial journalist has made bold claims stating that Linda Ikeji is not pregnant.

News broke out last week that celebrity blogger, Linda Ikeji is pregnant. The news came just weeks after she announced her engagement to a man whom she’s yet to unveil. While many are still pouring in their congratulatory messages, Kemi Olunloyo is of the opinion that it is all fake. She shared a picture of Beyonce rocking a what appears to be a fake baby bump to prove that Linda’s own could be fake as well.

@Beyonce or @officiallindaikeji
Who rocked the #prostheticbabybumpbest? #MADAMKOO went on YouTube today to tell people that Ikeji was neither engaged nor pregnant and this was a surrogate single woman frozen egg deal. Linda loves kids so she can buy her way thru one. She also said a friend of @lauraikeji confided in her that Linda cannot have kids. Seems like #Charlyboyconfirmed that. The activist said he encouraged Linda to just go get pregnant regardless of a husband something that contradicts her preaching to young ladies about celibacy. Some not so positive messages sent out there. 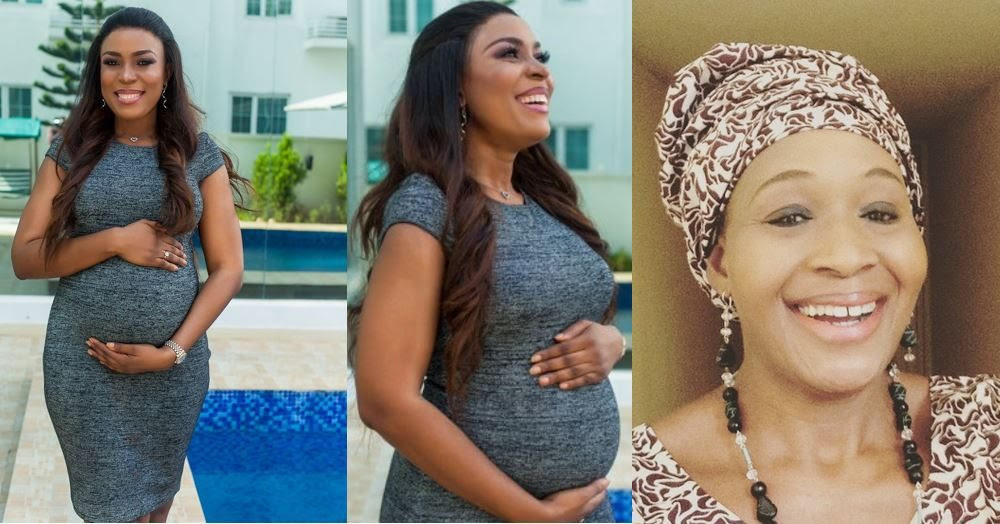 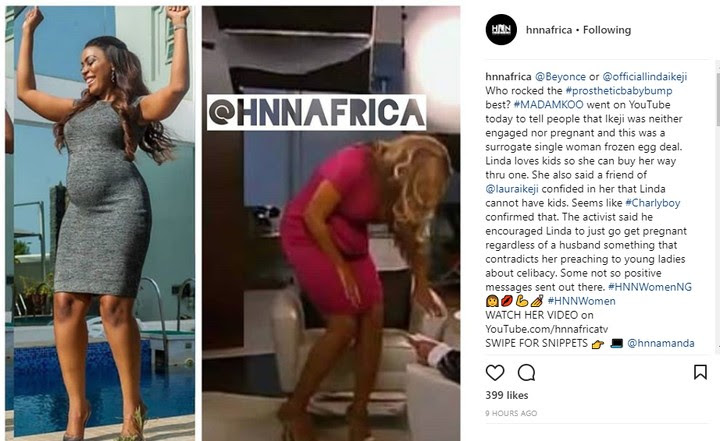