Its No Longer News that davido bought his girlfriend,chioma of 5 years a porshe car worth 45 million Naira.The news broke the internet and has continued to do so ,but a Nigerian man by name olakunle alison has this to say about the whole scenario.

A generation of women sold to money slave camps.

Sticking with a man to whom you are not married and who cheated on you with several women, impregnating two of them in the process (baby mamas) whilst dating you, and then became an accidental 'baby-daddy' is NOT LOVE just because he bought you a #45million car.

You are a needy, opportunistic, parasitic, gold-digging, low self-esteem sufferer. A Stockholm syndrome patient. You are not loyal. You are a liar. A prostitute and you share some moral equivalence.

The only reason any woman would endure contemptible treatments from a man is because of what she looks to gain materially and financially. Let's stop ridiculing the word 'Love' for the sake of posterity so that they'd be able to distinguish between virtue and vice.

There is simply no virtue in staying with a man who openly disrespects you over a period of years. None. And buying you the moon  and stars  will not make up for him treating you like human fecal matter. Money cannot buy moral worth. Rather money distorts moral worth. And that's what is happening these days.

Permit me to digress a bit whilst I elucidate on point of ethics.

Humans are created with a deep sense of moral worth. This simply means that every human being loves to be treated like a rare and precious stone. It's just the way our Maker made us. The desire to be loved, admired, desired, respected, treated fairly and kindly is part of our teleology. So when anybody willingly and voluntarily subjects himself or herself to vile and inhumane treatments for other considerations it basically reduces that person to an object rather than a subject. The person has objectified himself or herself.

Believe it or not, what we are witnessing today is one of the unintended fallouts of the extreme faction of feminism: The Moral Self-Depreciation of Womenfolk. After all, the cardinal philosophy of modern feminism is CHOICE and SELF AUTONOMY. So who are we to question a woman who CHOOSES to stay in an abusive but profitable relationship? If she has a right to choose who stays in her body and a right to choose her role in a marriage, why not this?

I once wrote a piece on the tyranny of freewill (choice). Generally, humans don't have the tool box necessary to make good choices. A man's choice will only be consistent with his true nature. And man is deeply flawed by nature, hence his choices must necessarily be flawed. A greedy man will always choose money above morals, yet he needs morals more. A dog by nature must bark and a cat moan.

Knowing this, it is therefore suicidal to build an ideology on human choices and self autonomy. Nobody (man or woman) should be self autonomous. In reality, nobody is. Everyone needs a governing and regulatory authority that sets boundaries; both moral and spatial boundaries. This is necessary for the survival of humanity because our natural appetite is self destructive. We need to be delivered from ourselves.

Feminism is toxic not because of its intended consequences but because of its unintended ones, and we are already seeing them play out. If consistency matters, no hardline feminist should be able to condemn any woman who chooses abuse and disrespect over self dignity. IT IS HER CHOICE!

We should not teach our daughters that CHOICE is the best power they have. Knowledge is. With knowledge they'd understand that they don't just make choices but that their choices make them.

The young lady's choice makes her a disgrace. 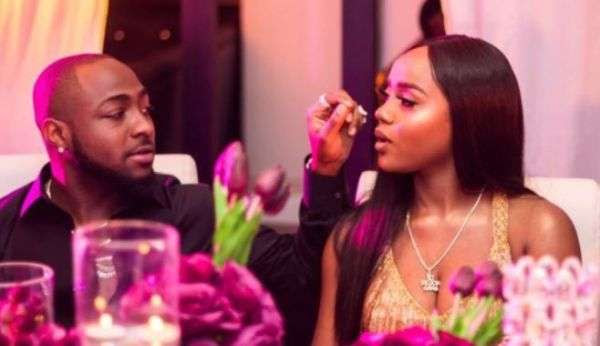