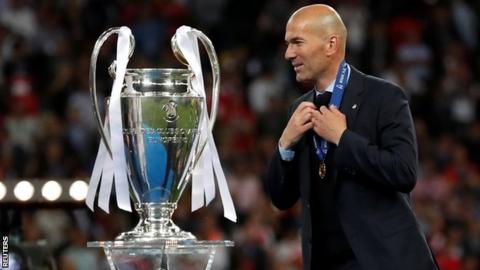 Zinedine Zidane says he is stepping down as Real Madrid boss, five days after leading them to a third straight Champions League triumph, claiming the club needs "a different voice".

Zidane told a news conference that "everything changes" and "that's why I took this decision".

He leaves having guided the Spanish club to three successive Champions League titles and one La Liga success since taking over in January 2016.

"What I think is that this team needs to continue winning but I think it needs a change, a different voice, another methodology. And that's why I took this decision."