British journalist and TV personality, Piers Morgan insulted a Nigerian in pidgin English as they argued about the match between Nigeria and Argentina.

During the World Cup game, Piers didn't agree with the VAR when the machine gave Nigeria a penalty kick after Leon Balogun was fouled.

Pierce said the VAR had failed and there was no way that was a penalty because it was the Nigerian player who leaned in and dived.

"VAR fails again. No way was that a penalty.. leaned in & dived."

But a Nigerian felt he was being biased and called him out.

Emmanuel Babalola tweeted back at Piers:

"If it is England or Argentina ?? the VAR is correct right? But now it's Nigeria ?? the VAR has failed. You are such a racist!" 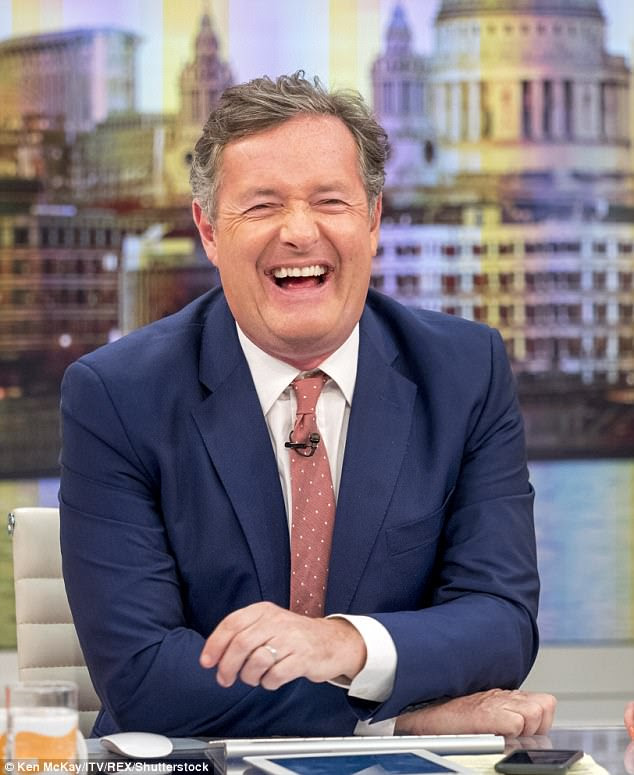 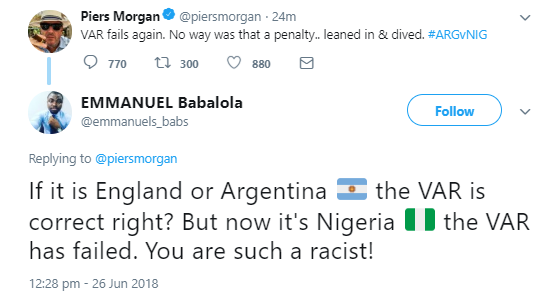 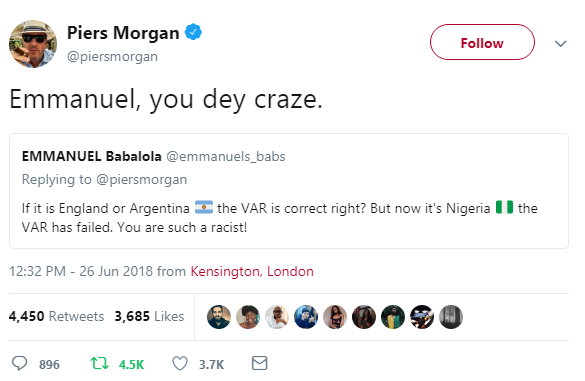