Looks Like The Beef Between 2face and Blackface just got serious, as the Singer just Throw a N50million lawsuit on his former friend Blackface, Remember the former duos have being fighting on media over the original owner of #Africanqueen which was sang by 2face..

Blackface had accused 2baba that he stole the song from him after he wrote, And refused giving him credit, however 2face denied it and even released a song beefing him...

Now, as of this evening Blackface just shared a screenshot of lawsuit filed by 2face concerning the saga.. 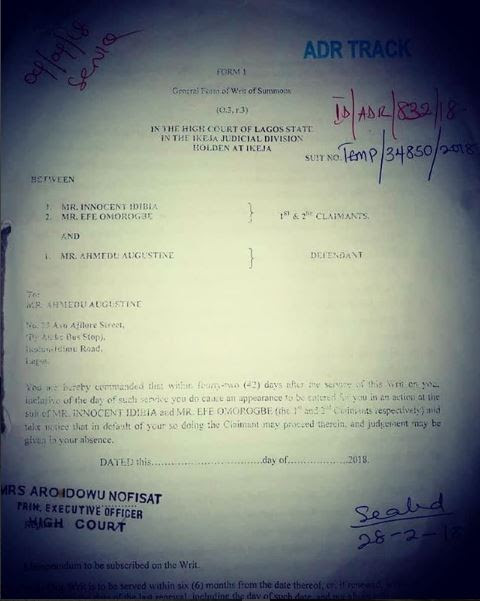 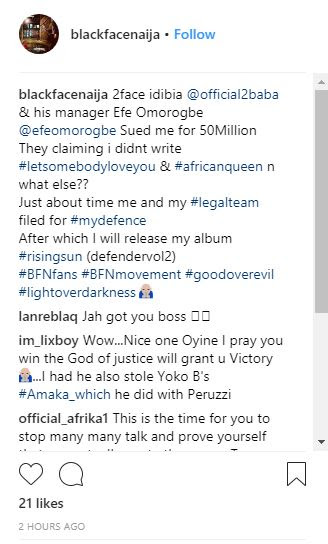