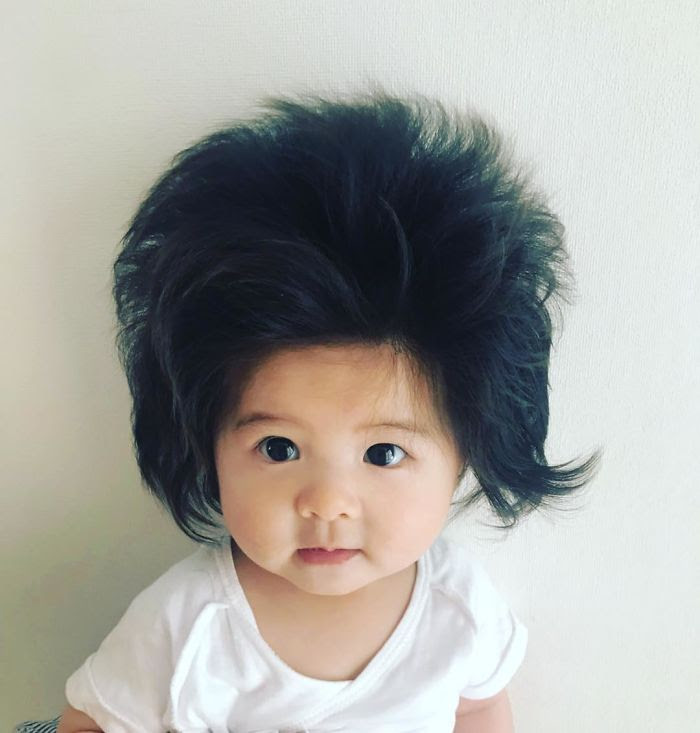 Baby Chanco boasted a full head of hair when she was born in Japan in December 2017, and her mane has continued to flourish.

Her Instagram feed is a hair diary featuring her precious photos sporting cute bobbles, clips, and bows in her legendary locks.

Followers worldwide are in awe, but while Chanco’s voluminous hair is enviable, there’s no guarantee it will remain that way into adulthood.

Because of hormones, some babies are born with plenty of hair, only to lose it in the following weeks. Chanco’s hair may not be lost, but its texture and color could change as she grows.

Born in December 2017 with a full head of thick black locks, Chanco’s parents might have expected her baby hair to become lighter over time—just like many other hairy babies who tend to lose their soft, downy hair (called lanugo) at around 32 to 36 weeks.

However, six months later, Chanco continues to rock her magnificent bouffant, making her a hit on social media.

Chanco’s mother posts regular images of her adorable daughter on Instagram, keeping her 70,000+ adoring fans up to date with a “hair dairy.” While Chanco’s impressive head of hair is mostly captured taking on a life of its own, her parents sometimes attempt to tame her mane with cute bows and accessories.

In a recent Instagram post, Chanco is filmed having her very first haircut. Don’t worry though—it was just a trim! 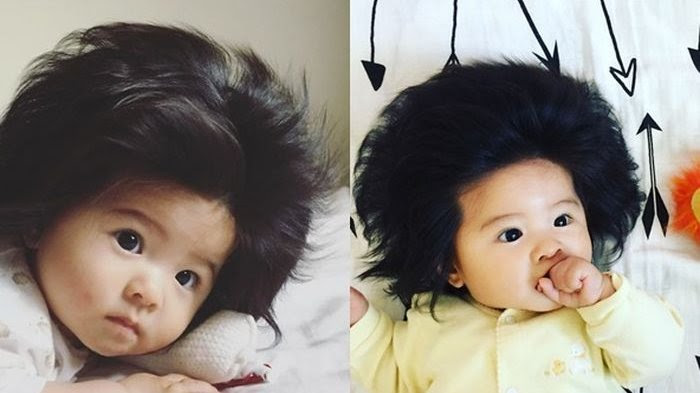