Home » exclusive » Rat With A Ring Round Its Neck Trapped In Woman's Shop In Too. Photos

Rat With A Ring Round Its Neck Trapped In Woman's Shop In Too. Photos 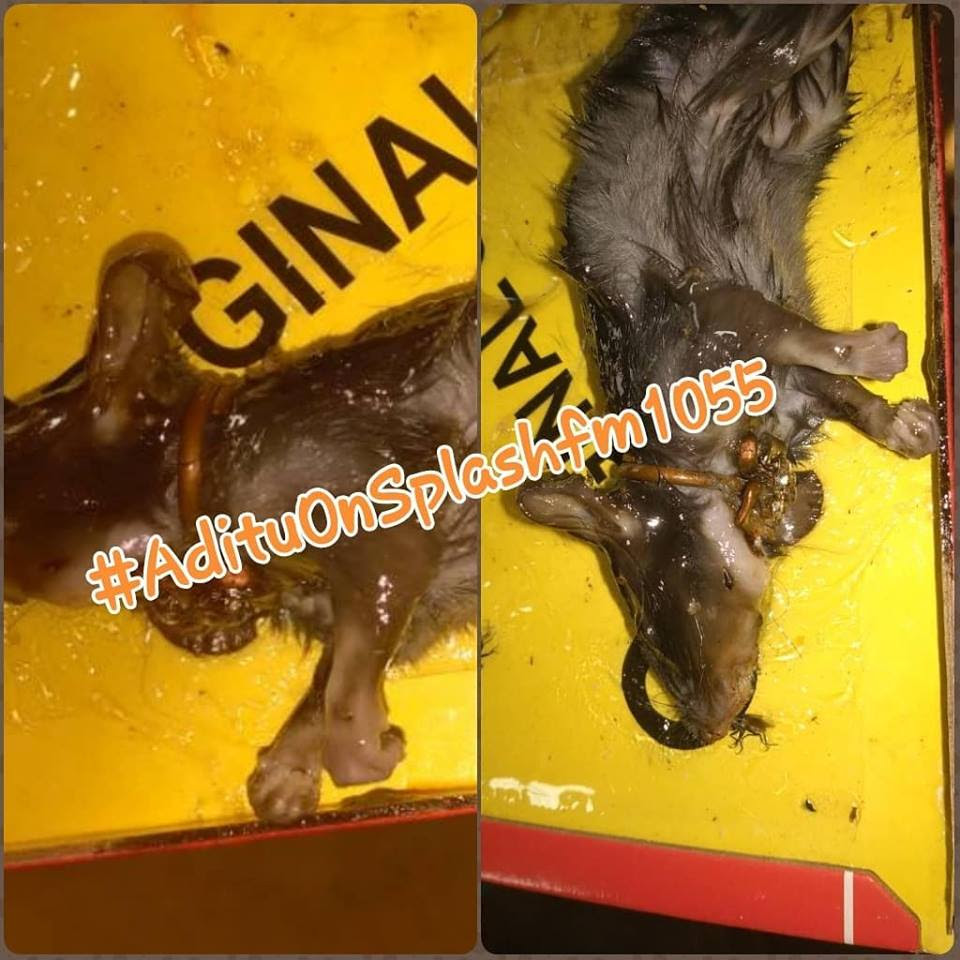 A woman was left dumbfounded after opening her shop to a shocking sight in Igbo-Ora area of Oyo state. According to reports, the woman named Mrs. Rasaq Mariam closed her shop and left a rat trap inside after being persistently disturbed by rodents.

On getting to her shop the next day, she discovered that the trap caught a rat which left her surprised as a ring was found on the dead rat's neck.

The incident was said to have caused shock among people who saw the dead rat before it was disposed as no reasonable explanation could be deduced how the ring found itself on the rat's neck.