An ex-International and sports administrator, Segun Odegbami, has said that he will declare his governorship ambition on the platform of the Labour Party (LP) in Ogun on July 18.
Odegbami made this known to the News Agency of Nigeria (NAN) in Ota, Ogun on Tuesday.

He said that his intention was to add value to governance and provide dividends of democracy to the people of the state.

"I shall become a member of the Labour Party and be officially welcomed on that political platform on Wednesday, July 18," he said.

He said, "Without doubt in Ogun, we have the capacity, the resources, the energy and particularly the people to become the fastest developing community in the world within few years.

"The state can provide the foundation upon which the emancipation of black persons all over the world will be built."

Odegbami said that he would not engage in "vote buying".

Odegbami is a retired Nigerian footballer, who played as a forward. He was a member of the Green Eagles that won the 1980 African Cup of Nations. 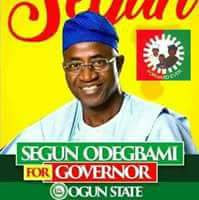 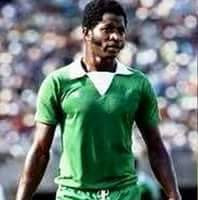