The Nigerian Air. In a series of tweets the former minister called it a monumental waste and clearly a wrong priority by the Fedral Government. In her words, "..The proposed national carrier is clearly WRONG. It shall FAIL, for the sake of the country, it must FAIL."

Whats your take on this? 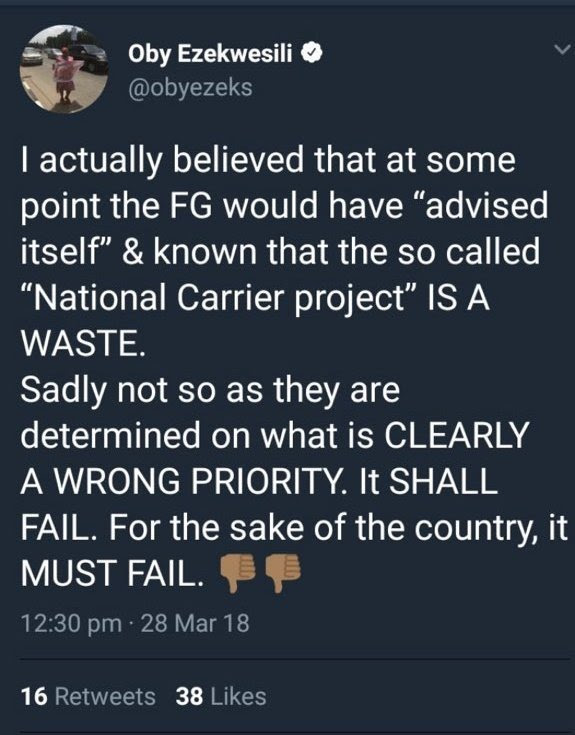