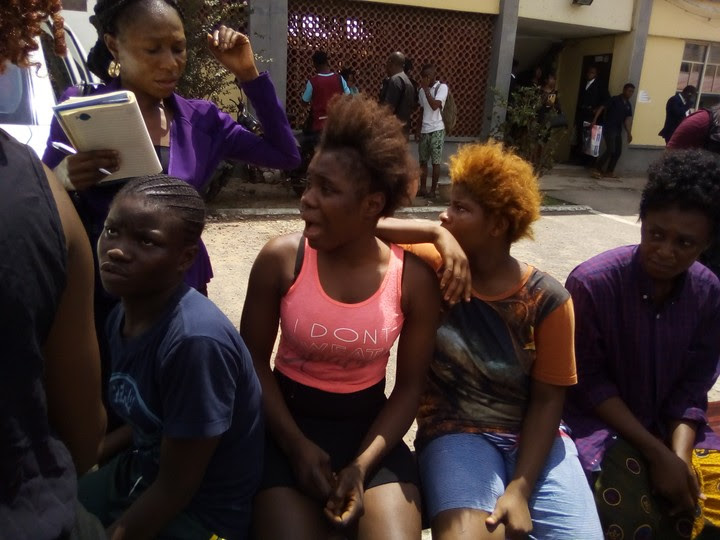 Three young s,x workers trafficked from the SouthEast to a popular hotel in Lagos have confessed that they stressed and over worked their private parts in order to meet up with the targets set by their captors.

The captors and lovers, Mr. Ikechukwu Egbulefu and Vera John, have been arrested and paraded for human trafficking at the State Command, Lagos.

The victims, two 18-year old girls, Deborah David, Chinwendu Onyekachi and 22-year old Helen Dickson, revealed that they were lured to Lagos under the false pretending of securing jobs for them but ended up as s,x workers.