Home » crime , entertainment » Flavour Fingered as a member of Vikings cult group as against being a BlackAxe man

Posted by Admin Posted on January 15, 2019 with No comments

Nigeria's most celebrated afro highlife singer, Flavour was spotted anchoring (greeting within members of the sailing frats of which vikings falls into) South Africa hard core rapper, Cassper Nyovest in broad daylight, a gesture Nigerians perceived as a way of pledging allegiance to the dreaded Supreme Vikings confraternity, aka aromates.


It is very common for a non cultist to use their symbols or handshakes here in Nogeria but we cant conclude that he's an aromate because he has been seen knacking egede(greetings used by the blackaxe members) in his studio before.


Internet troll, presumely proud members of the same brotherhood came after him via the comment box acknowledging their very own blood and showing support to him for taking this bold step.

See what people are saying about the aforementioned act below.... 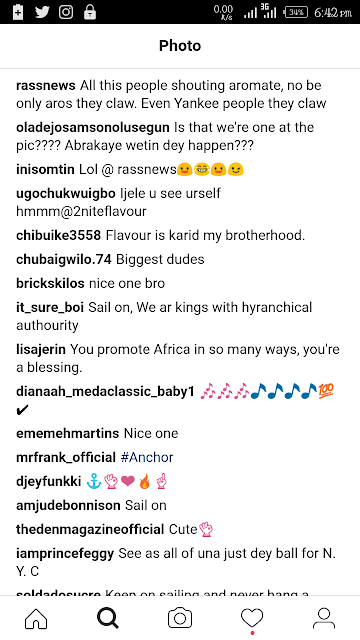